CAROLLYNE YARDLEY is an interdisciplinary artist-researcher based on the traditional, ancestral and unceded Coast Salish territory of the lək̓ʷəŋən speaking peoples known today as the Songhees and Esquimalt Nations. She holds an MFA from Emily Carr University of Art + Design and a BA in Art History from the University of Victoria. Her research-creation practice is informed by a years-long relationship with native and introduced urban animals whose territory includes her home. 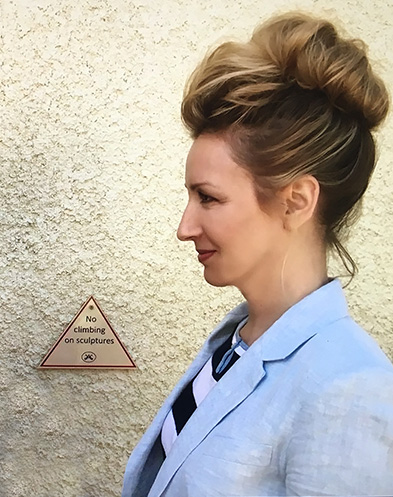 She has presented her work in venues including Fazakas Gallery (Vancouver), Madrona Gallery (Victoria) and has exhibited across Canada in Montréal, Victoria, Vancouver and Toronto, as well as internationally in Seattle. Most recently, her art research has been published in Ecocene: Cappadocia Journal of Environmental Humanities and becoming-Feral, a print and digital publication creatively exploring the relations between humans/other-animals.

Yardley researches the ethology of grey squirrels and their links to human systems to speculate possible futures in hybrid human development through artistic practice. Humans living in urban spaces interact daily with nonhumans as cities spread out into the natural world and technology reshapes our existence. She began creating art and thinking with grey squirrels after an interspecies boundary was crossed when she held an injured squirrel in her hands. The intimacy of the encounter touched Yardley and evoked a desire to document her alliance to the squirrel through artwork—thus, Squirrealism was born. Squirrealism developed into a method of art-making that channels conceptual and material connections between species to think and make, sympoetically.

Yardley has garnered all levels of press in Canada, featured by Canadian Art Magazine, Border Crossings, The Globe and Mail, The National Post, CTV News, CBC Radio, and the covers of several books and magazines. She was also successful in maintaining her registered trademark Carollyne® after being subjected to an expungement proceeding by a large U.S. toy manufacturer. 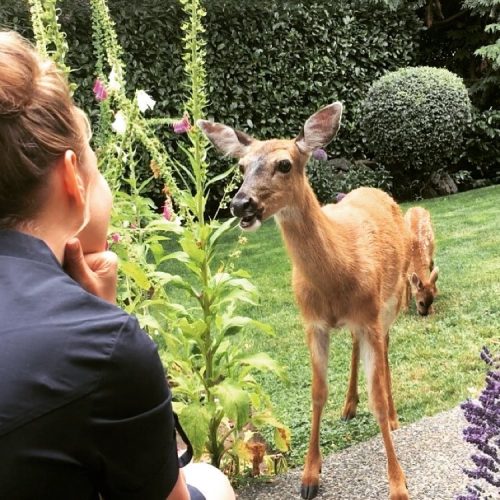 2020 Grauer, Perrin. “The eerie objects and compositions are grounded firmly in reflections on the blurry boundary between the human and non-human worlds.” Emily Carr University of Art and Design. Nov 02, 2020. Weblog.

2016 Landau, Emily. “The 10 most exciting artists to check out at Art Toronto,” Toronto Life. Weblog.

2012 Wahl, David. “As Many of You Probably Know by Now, We Have A Soft Spot for Squirrels | Archie McPhee’s Endless Geyser of AWESOME!” Weblog