The Celebrity of Being Anonymouse, wearing ESCADA haute couture, darling.

The Celebrity of Being Anonymouse, wearing ESCADA haute couture, darling.

The Celebrity of Being Anonymouse is complete. It is the introduction of a new character.  The imagery is the marriage of Mickey Mouse ears, and a Guy Fawkes mask, the later being a stylized depiction of Guy Fawkes,  the best-known member of the Gunpowder Plot. More recently the mask has been associated with the film V for Vendetta, the hacktivist group Anonymous, and had wider use in popular protests, such as the Occupy movement.  This painting will be presented at a group show in Vancouver, BC at the Fazakas Gallery, May 23 – June 20, 2015. Opening night: Saturday, May 23rd, 6-8pm.

The Celebrity of Being Anonymouse

We tend to identify people based on their brand, or outward appearance. The Celebrity of Being Anonymouse challenges your first impressions based on visual cues. Our heuristic reasoning is powered by pattern recognition and association. When applied to social interaction, it makes us natural stereotypers. By replacing the human face with an Anonymous mask and Mickey Mouse ears, and adding a haute couture jacket, the viewer is forced to contemplate the personality of the entity within.

As our privacy and personal details become more public, either through breaches in data security, or by self-posting our lives on social media, there is a new breed of privacy conscious media stars. While many conspiracy theorists believe the world is being run by anonymous forces, there are literally thousands of individuals that perform world-wide known performances, but no one, or at least the public at large, is aware of who they are as individuals. Furthermore, the Celebrity of Being Anonymouse challenges the stereotype which assumes that efforts involved in the promotion and success of protests like the Occupy movement are exclusive to the 99%.

In the art world, for example, we have graffiti artists like Banksy, and activists like the Guerrilla Girls. Banksy is a pseudonymous English graffiti artist, political activist, film director, and painter and says, “As a kid I always dreamt of growing up to be a character in Robin Hood.” The Guerrilla Girls, an anonymous collective of female artists and art-world professionals, describd themselves as “…feminist masked avengers in the tradition of anonymous do-gooders like Robin Hood…

These are just two examples of two groups of visual communicators who live in a state of disguised identity, with dreams of equality for all.

Details of the ESCADA jacket:

Several of you will recognize the exquisite nature of the purple jacket. Well, dear fashionistas, you are correct. The gorgeous, purple, satin, and multi-coloured sequin ESCADA jacket seen in the painting, was on loan from the fabulous and elegant Susan Erling-Tyrell, Curator of the Costume Museum at Government House. This piece is from her personal collection.

The piece was from The ESCADA Collection of 1980 and a one of piece. The inspiration of this piece was from the art of Salvador Dali and it was designed by Margareta Ley who was the founder of ESCADA.  She was from Sweden and always designed in bright bold and daring themes, ahead of their time because as she said the winters were so long, and dreary and depressing, and that your clothes should always be very bright cheerful and happy to off set the gloom of long winter dark days. She moved to Munich, Germany where this piece was designed. Germany was the base country for all of the original ESCADA clothing.
Visit the company website for more.

Because the jacket is circa 1980’s, I wanted to present it as if it were from a magazine advertisement from the era. In keeping with aesthetics of the day, the use of white space was often seen in clothing adverts for the United Colours of Benetton, Swatch, and Patrick Kelly to name a few.

Here are some behind the scenes pics capturing Secret Squirrel frolicking with the mask of Anonymouse.

Anonymous in the Canadian News 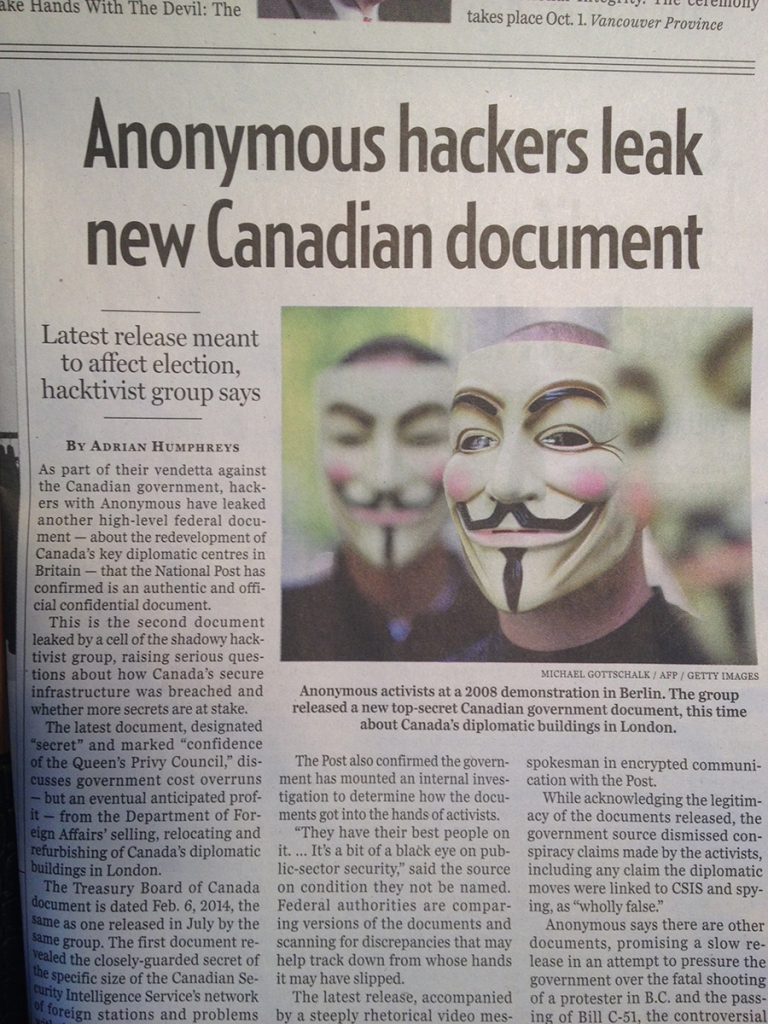 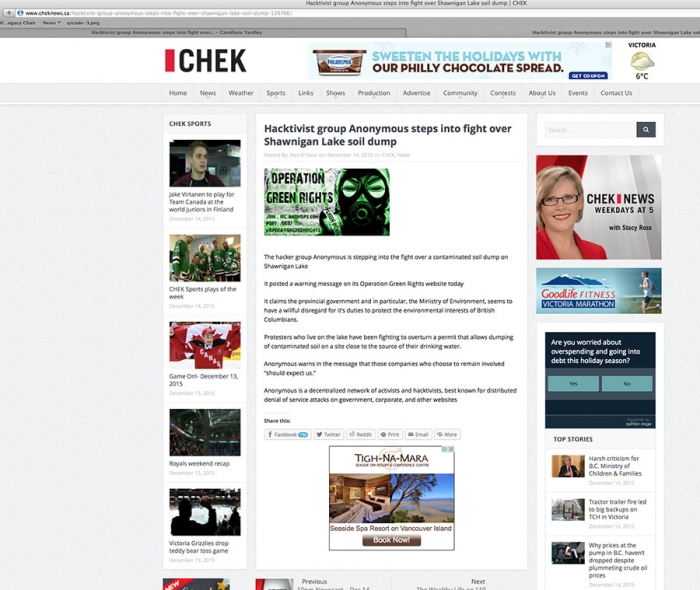