Diversity in Feminism – SHE, Fazakas Gallery, Vancouver, BC

Diversity in Feminism – SHE, Fazakas Gallery, Vancouver, BC

I was a young adult in the mid-90’s. Being a pioneer, founder, co-owner, and creative director of a software application and web development company, provided me with the experience of working with all types of business owners, and people in the technology industry. While the incidences of sexism I experienced during that time were too few to mention, if it did occur, the offender was surely drowned in an acid bath of derisive mockery. During that time, I did notice a lack of women attending tech conferences in Victoria, BC, but it never occurred to my younger self, that this was probably a trickle down affect of sexism. I was there, and that’s what mattered to me at the time. 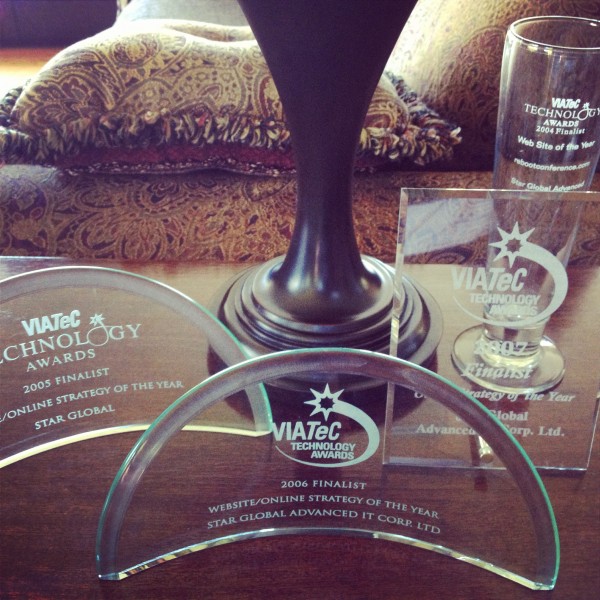 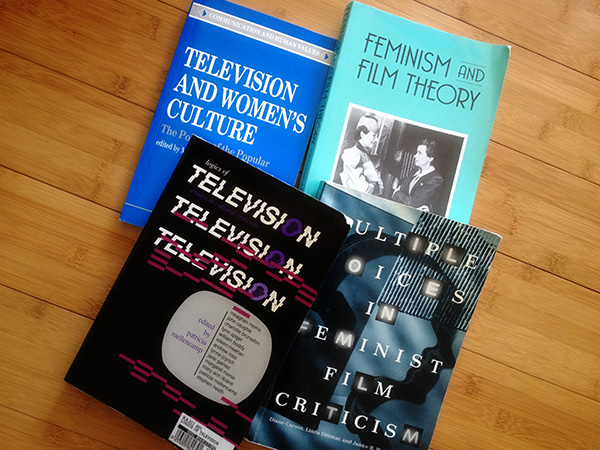 Women in Film, Women in Television.

I had not read any of Gloria’s books as a younger woman, so I didn’t get the perspective of comparing my thoughts from then to now. However, as a woman with life experience, Gloria’s discussion about how student-age women are probably treated with more equality than they ever will be again is not inaccurate. It’s true that with age, it’s the experience of life events: entering the paid labour force, marrying or having children and discovering who raises them and who does not; and aging, still a far greater penalty for women than for men – is how the lens can change from which you view the world. (1)  I submitted four paintings for this group show, and have described below how each one formulated in my mind. 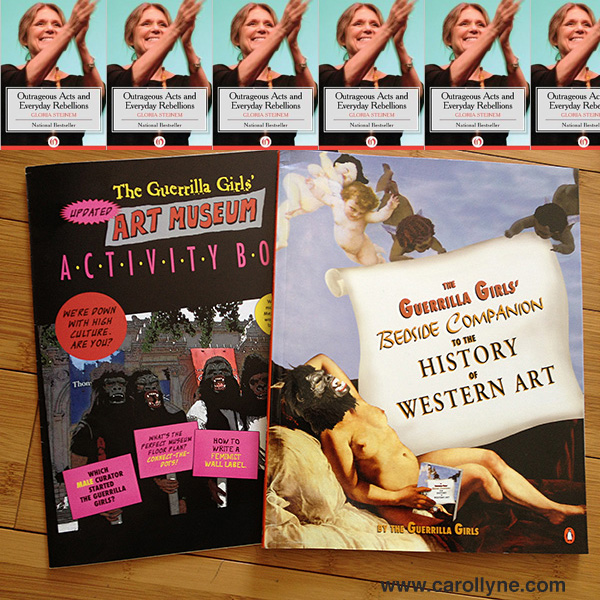 Madonna and Bank Squirrel (birth of ideas), 24 x 36, oil on wood panel, 2015
Madonna and the Birth of Ideas was already in progress by the time the show theme was revealed. I think it works perfectly into the exhibition, however. The squirrel representing the birth of ideas is a direct reference to how Squirrealism was born from painting just one little squirrel. Read more. 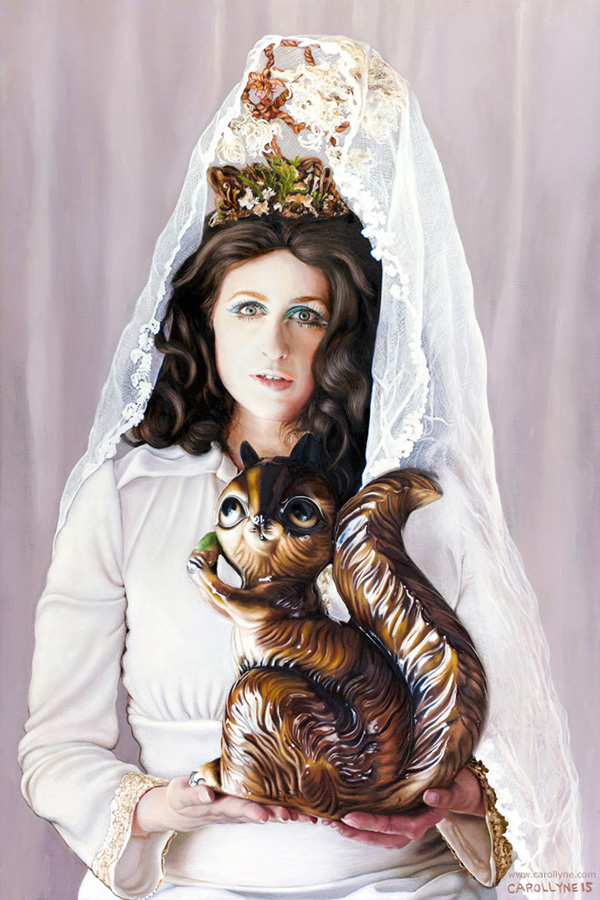 The Celebrity of Being Anonymouse is complete. It is the introduction of a new character.  The imagery is the marriage of Mickey Mouse ears, and a Guy Fawkes mask, the later being a stylized depiction of Guy Fawkes,  the best-known member of the Gunpowder Plot. More recently the mask has been associated with the film V for Vendetta, the hacktivist group Anonymous, and had wider use in popular protests, such as the Occupy movement.
Read more. 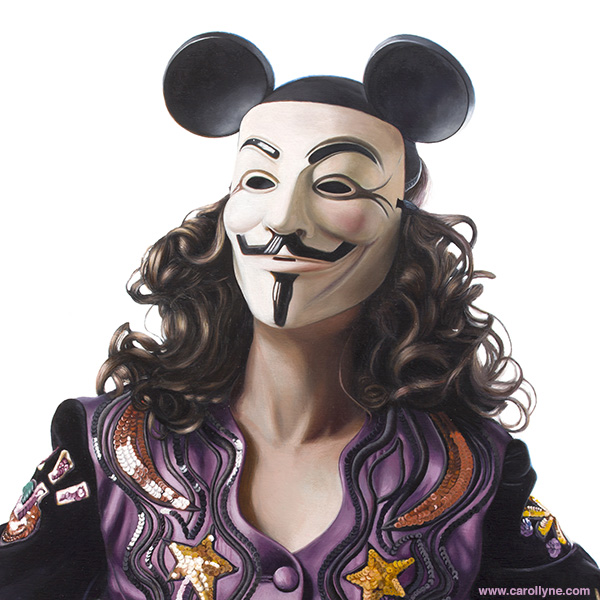 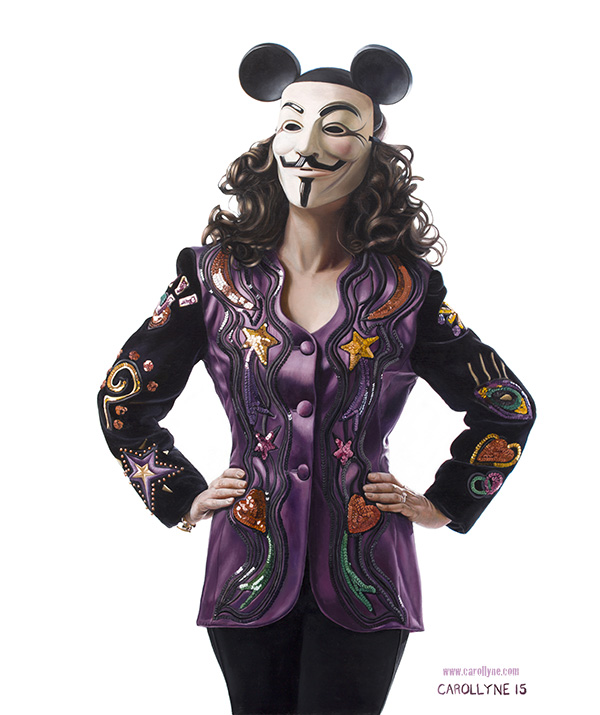 Guerrilla Squirrel, oil on wood panel, 40 x 40, 2015 (after Guerrilla Girls’ and Pussy Galore)
In order to remind myself of the WORD, I downloaded a copy of Gloria Steinem’s, Outrageous Acts, and Everyday Rebellions and re-read the Guerrilla Girls’, Beside Companion to the History of Western Art, and ART MUSEUM Activity Book. Happy 30th Anniversary to the Guerrilla Girls’! Read more. 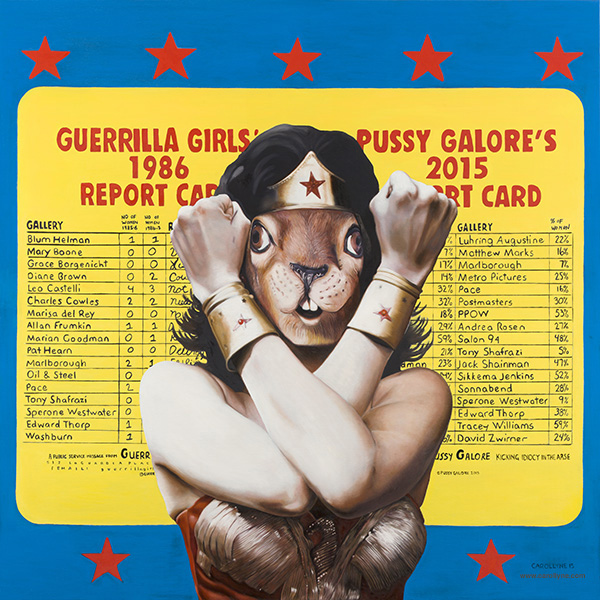 Male Figure Drawing Squirrel: What If You Couldn’t ‘Cause You’re A Girl?
When I was enrolled at the Visual Arts, Department of Fine Arts, University of Victoria to complete my undergrad, I didn’t fully appreciate the value and privilege of being able to participate in gender equal art classes. Specifically, drawing male nude models.  When I returned to fine art almost a decade later, I still took for granted that this inclusive training was forbidden to women 150 years ago. Read more. 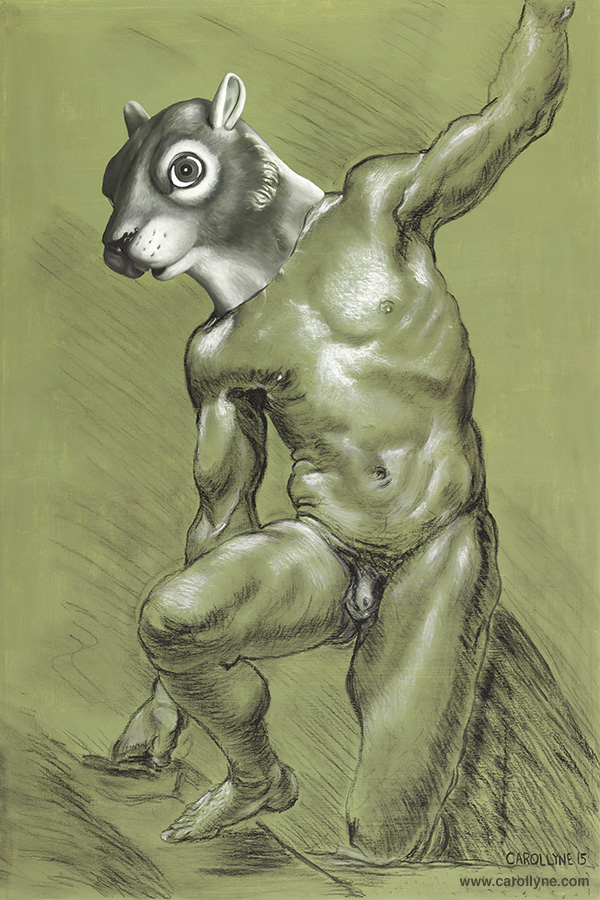