Like a Princess (For Better or For Worse). Diana, Princess of Wales. Photo series.

Like a Princess (For Better or For Worse). Diana, Princess of Wales. Photo series.

I had planned to bring my Squirrel Mask to London to capture a few Squirrealism pics on the road.
But, I forgot. So I had to improvise. I found a post card of Princess Di. 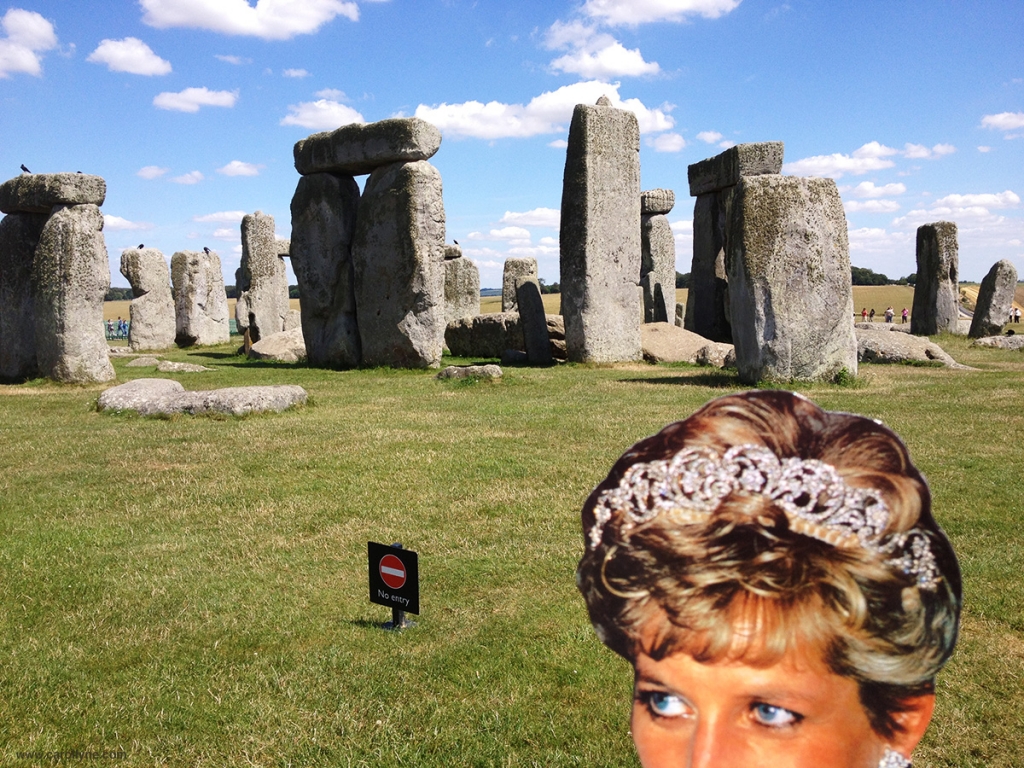 THE BEGINNING WAS FILLED WITH EXCITEMENT, AND MANY SECRETS. 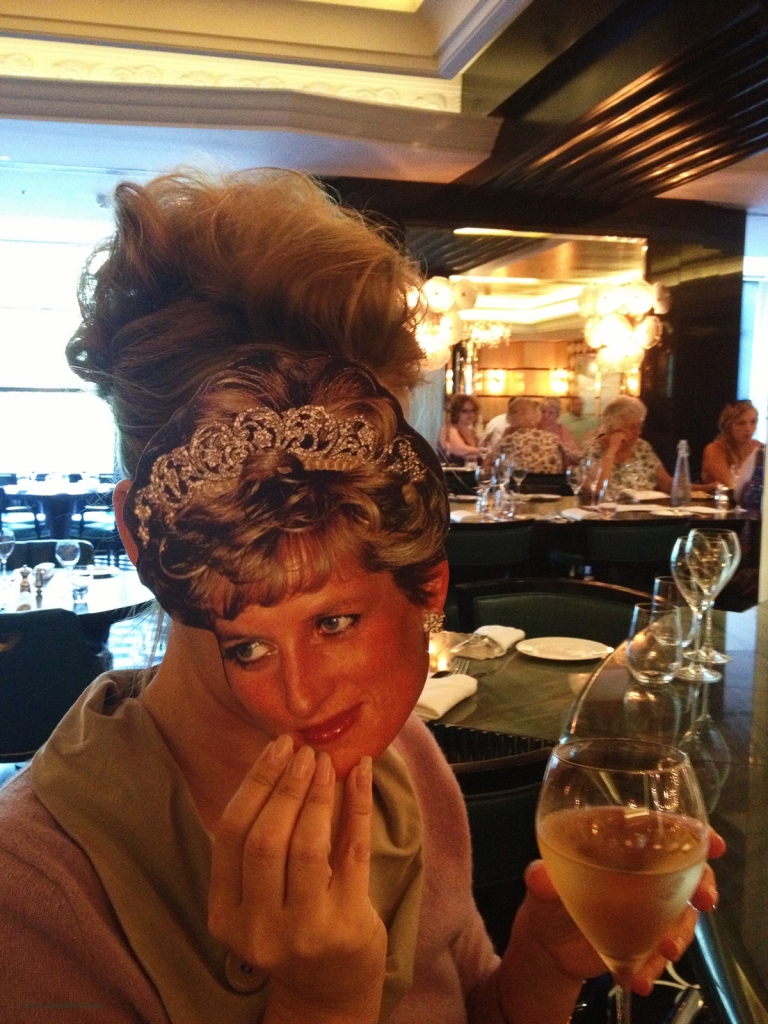 THERE WERE PARTIES IN THE DAYTIME.

AND IN THE NIGHTTIME TOO. 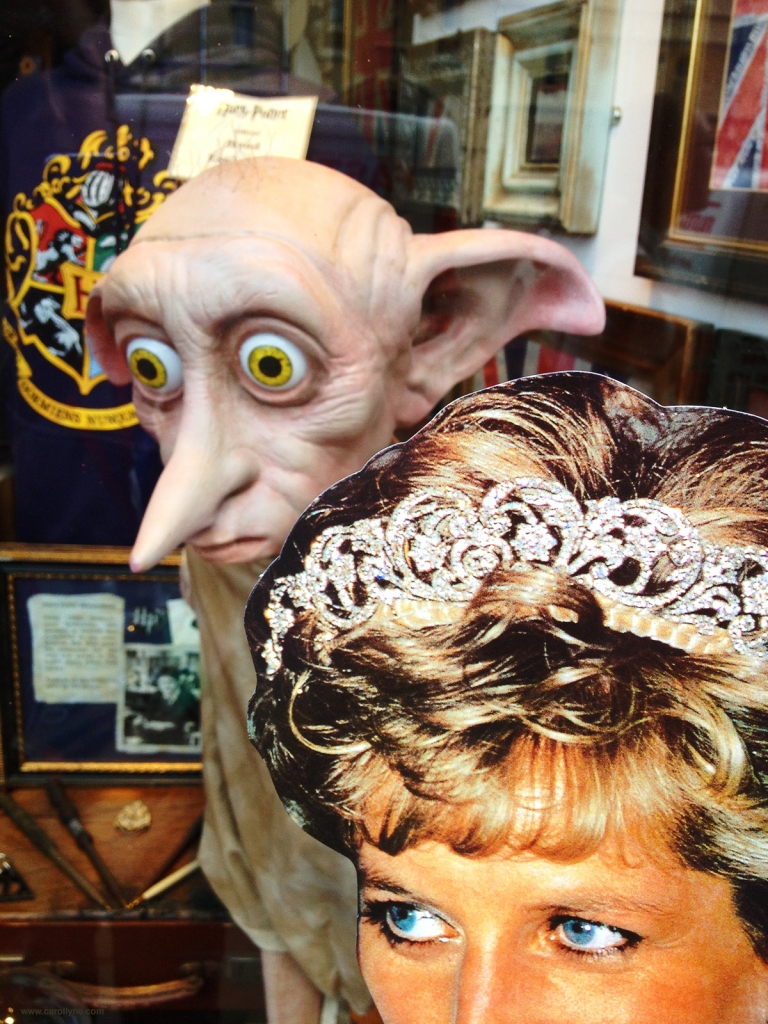 WE’D ALL HEARD ABOUT PRINCE CHARMING. 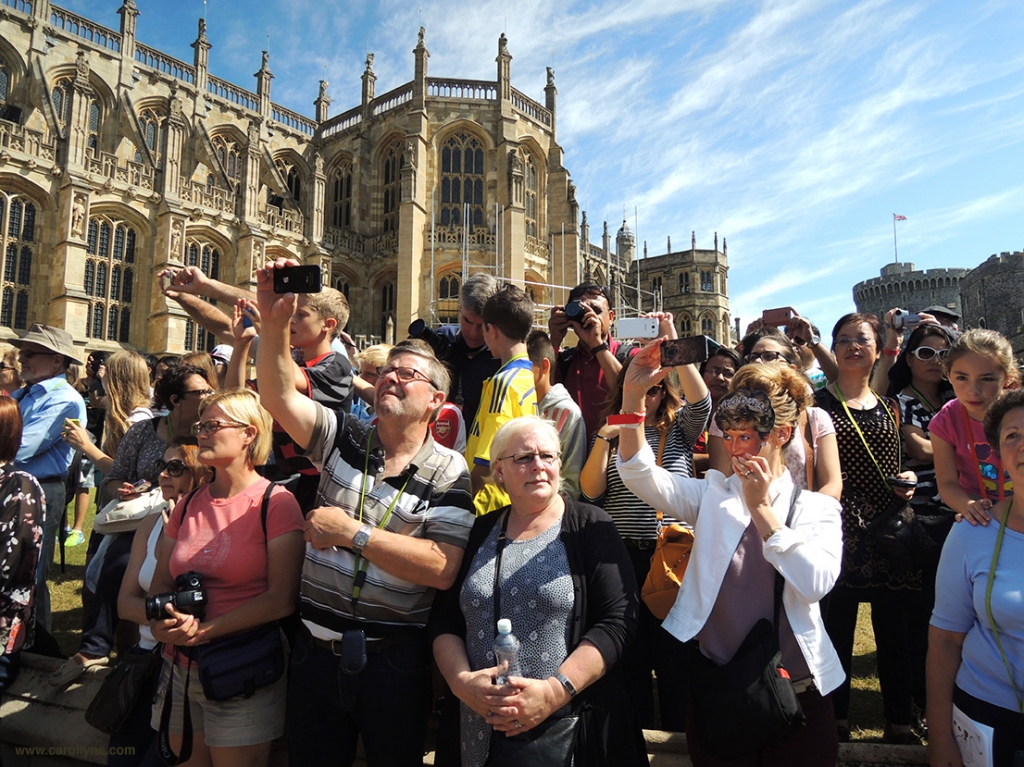 AND THE PAPARAZZI ZOO 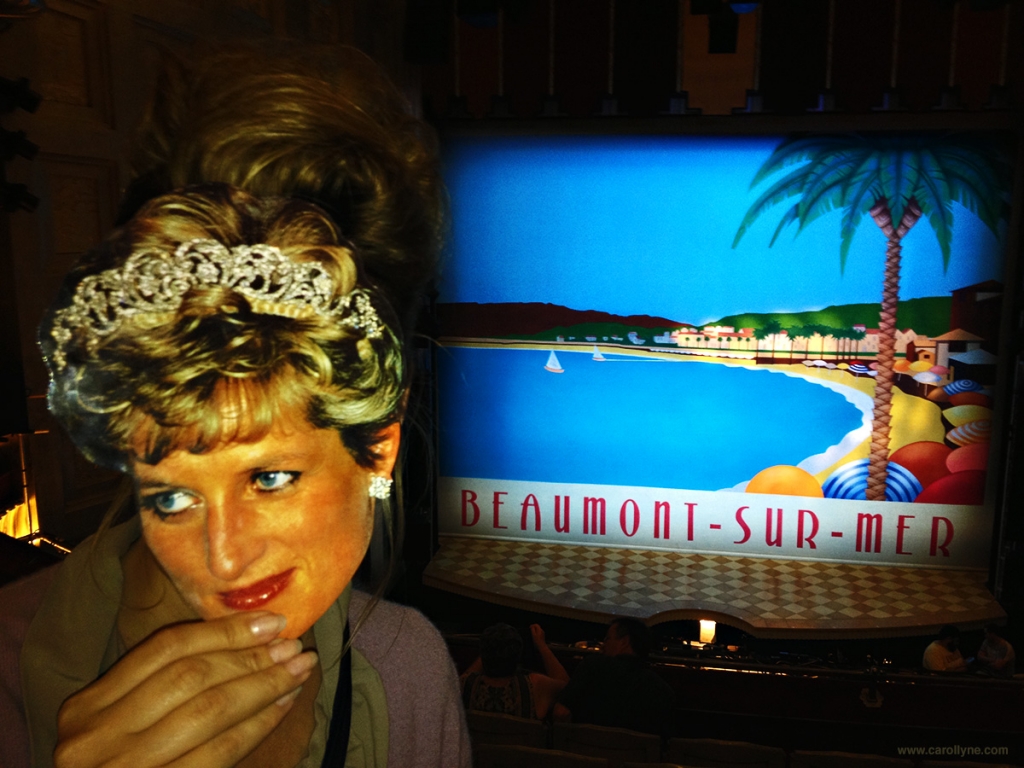 AS YOUR WORLD STAGE GREW AND GREW. 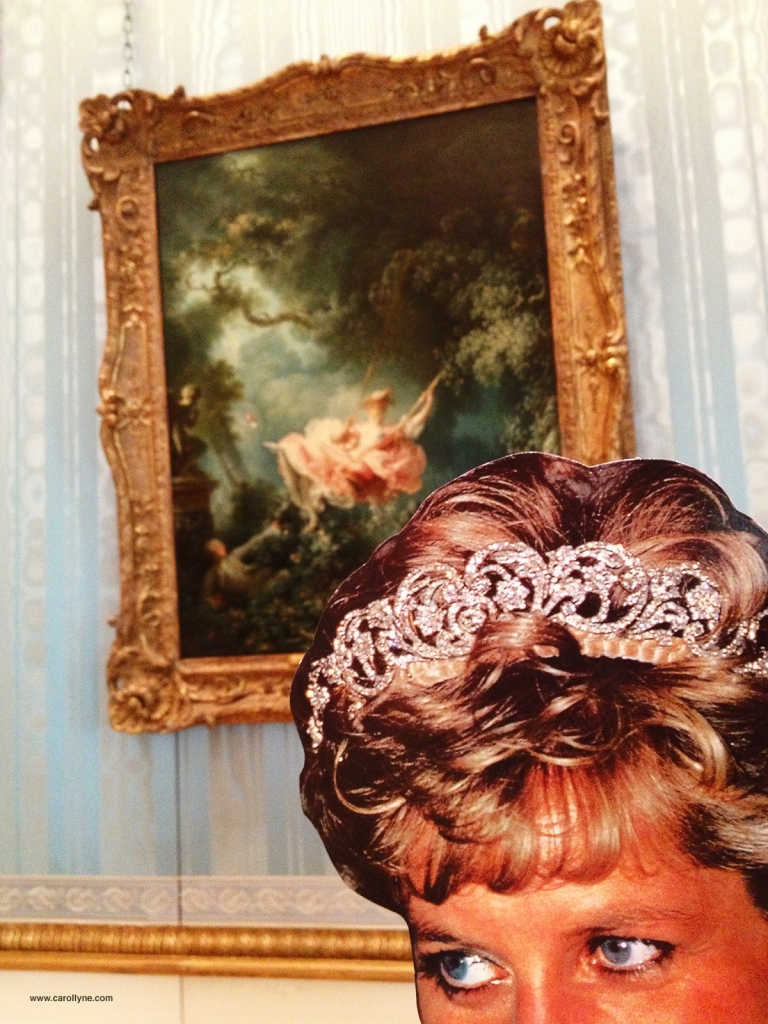 IT WAS HARD TO IGNORE YOUR THROWN SHOE. 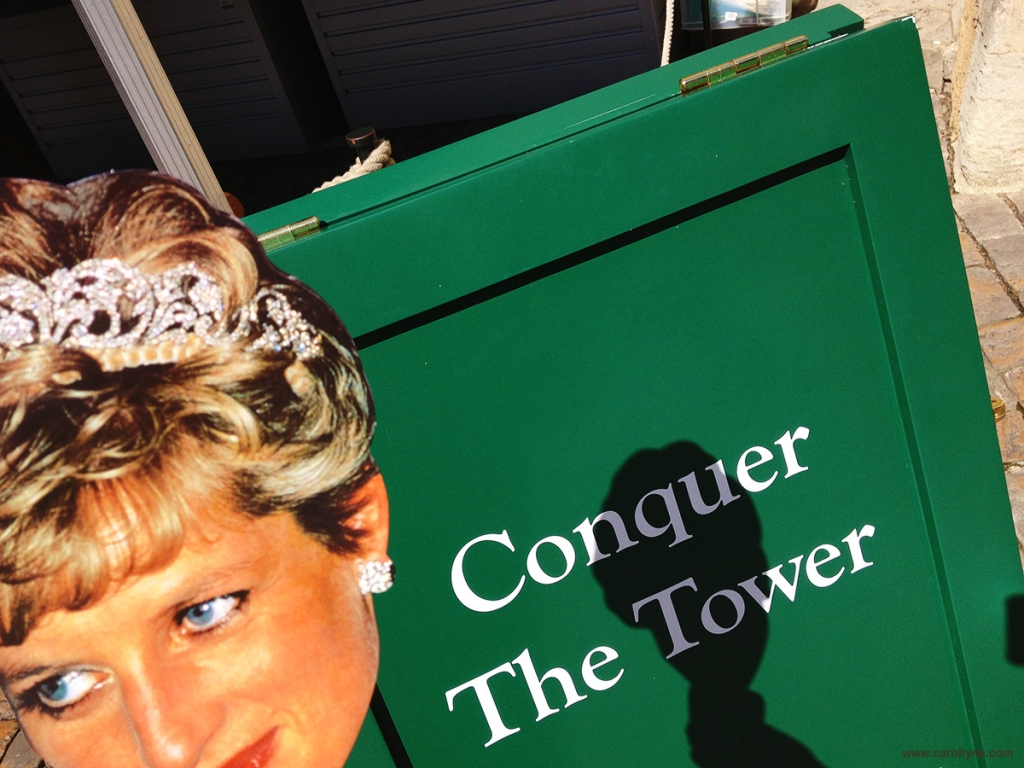 AND IN THE END, IF THE PEAS DIDN’T GET YOU, THE CARROTS HAD PROMISED TO.

Early on, during our art adventure, I was taken with a painting by Adrian Ghenie, Golems (June 12 – July 26, 2014). The lead character, is wearing a 1940-1950’s flowery dress, a feminine hairstyle, and her face is a distorted, rearranged, screaming, melting, doubled, and mask like. This served as the basis of my photo series using a Princess Diana postcard. 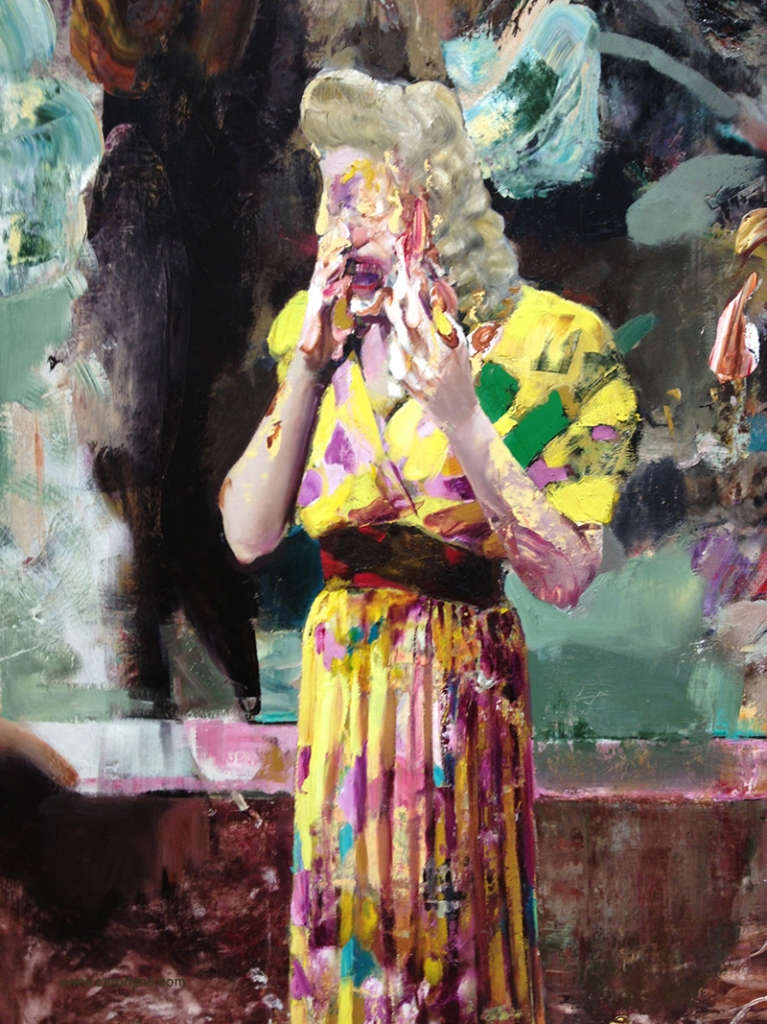