Squirrealism: Who’s In Who’s Out

Squirrealism: Who’s In Who’s Out

Since there seems to be an increase in using squirrels for marketing, I thought I’d let you know who I would recognize as part of my cultural art movement called Squirrealism.

In the early 1940s, LIFE magazine reported that a Mrs. Mark Bullis of Washington, D.C., had adopted a squirrel “before his eyes were open, when his mother died and left him in a tree” in the Bullis’s back yard. Here, in a series of photos by Nina Leen, LIFE.com chronicles the quiet, rodential adventures and sartorial splendor of Tommy Tucker, the orphaned — and, in 1940s America, the celebrated — squirrel. 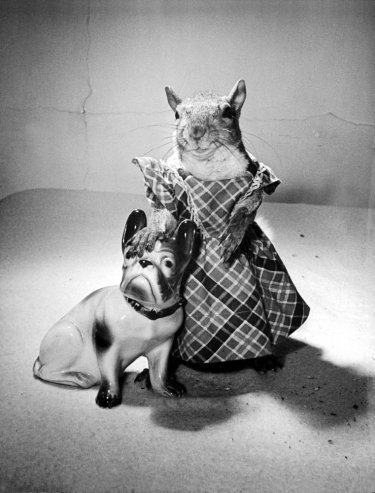 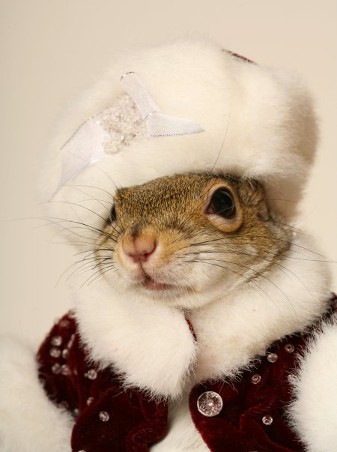 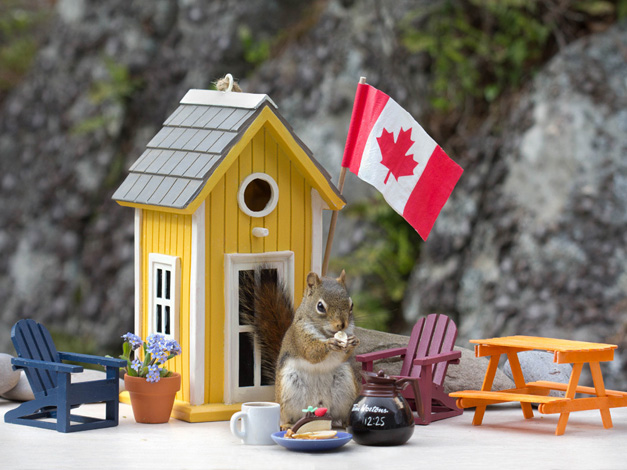 Wednesday was Nancy Rose’s day off. For most of the afternoon, the high school guidance counselor from Bedford, N.S., was crouched on her porch, her camera fixed on a miniature bathtub that was carefully staged on a railing. Ms. Rose was waiting for a squirrel to approach the tub and reach for the peanuts inside. National Post reporter Jake Edmiston interrupted Wednesday’s photo shoot to speak to the photographer, whose whimsical depictions of the woodland creatures are garnering international attention.

What do Saint Squirrel and Pope Pinenuts
Carnivorous Nights at The Bell House in Brooklyn, NY, 2005 have in common?
Archie McPhee
http://geyserofawesome.com/post/45678927704/after-seeing-our-recent-post-about-carollyne 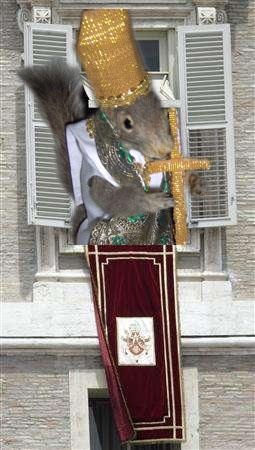 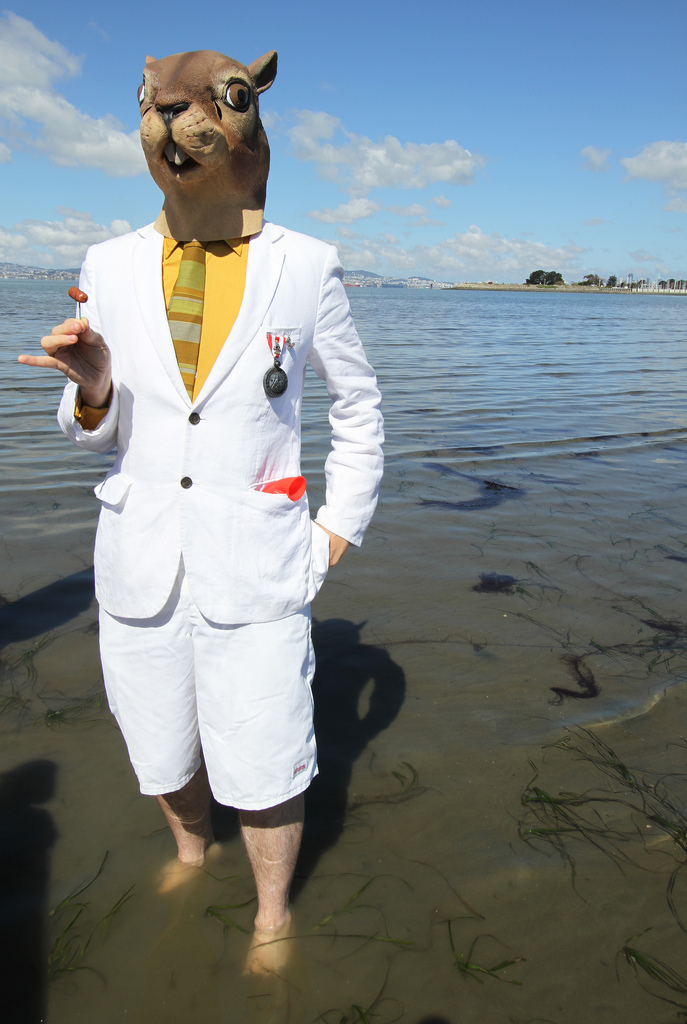 And while I don’t have a political opinion about this video, I’m including it cause of the rad squirrel outfit