My first commission was a request made by a dear friend of mine, James (Jim) Mantle, Artist and Friend to the Environment.

James Mantle, is an alumni of the Nova Scotia School of Art and Design (circa 1980’s) and retired from the world of advertising and graphic design many years ago. While we both laugh about the good old days, we are  happy to be back to painting now. More about James Mantle below.

James asked me to paint an image of a British Tin Solider, as a gift for his mother on Valentines’ Day.  His mother, Betty Mantle had performed in a play in Britain just after WW2, and she maintained friendships with the other children in the play, all these years later.  James wanted to tie in this special memory for her with one of my “squirrels”. How lovely. Here “she” is below. 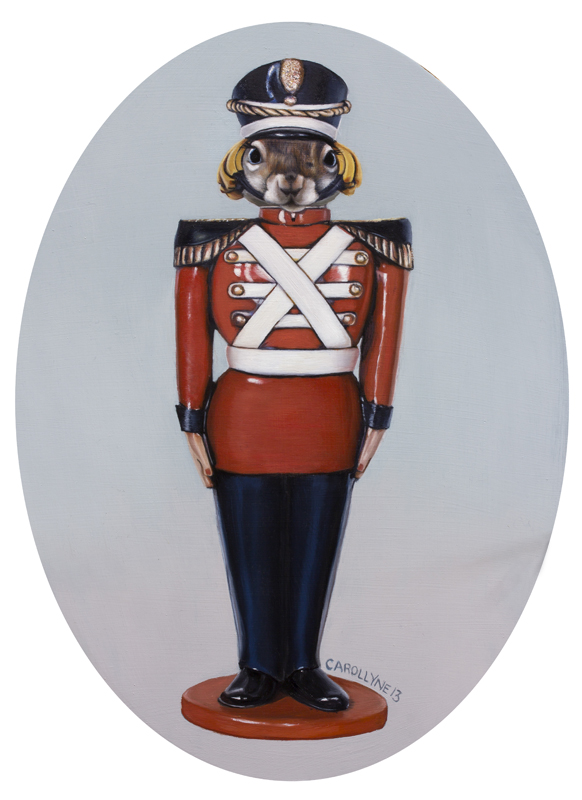 Tin Soldier Squirrel, Oil on board, 2013

Jim paints large spirit goddesses, inspired by his work cleaning Vancouver Island beaches using only his sailboat as transport, and his bare hands. He has removed hundreds of pounds of plastics, cigarette butts and styrofoam allowing the natural habitats of Islands like “Jimmy Chicken Island”, and others, to grow back vegetation, and encourage the wildlife to flourish.

His spirit goddesses are all intertwined with animal creates, painted by an automatic painting, guided by emotion and his sub consciousness. His works reminds me of Patrick Nagel, who worked as a graphic designer, had many commercial clients, and also did the album cover of rock group Duran Duran’s hit album, Rio. 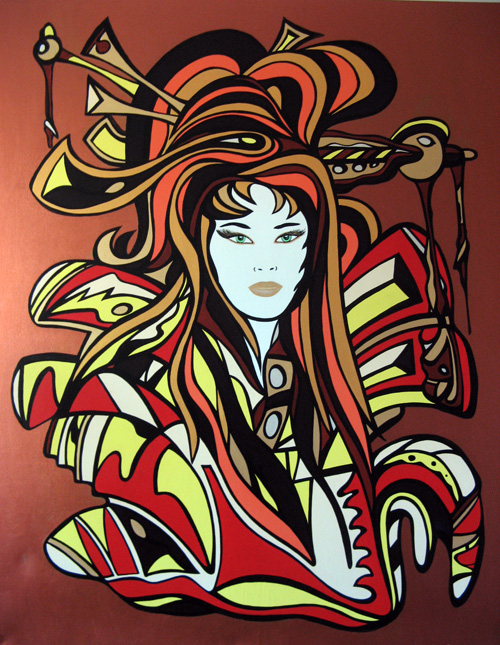