My friend Kieran Wilson has published his first book including his poetry and prose. I was delighted when he asked to use Saint Squirrel for the front cover.
Only now, having read the title, and a few pages from this great book, do I understand why Saint Squirrel was chosen. 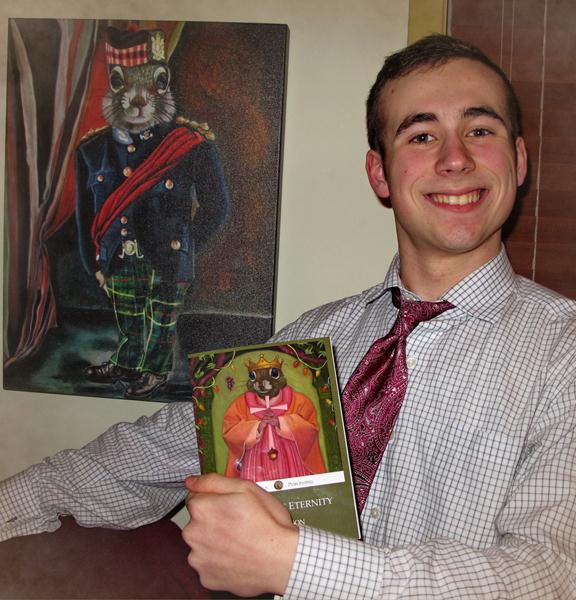 When I read, The Romances of the Sieur de Poulailler By Jean-Pierre de Caen, had been included and diligently translated into modern English from the original medieval French by Kieran Wilson, I was like, “holy cow, man.”

from the back cover:

In his first published work, Kieran Wilson presents his vision of eternal themes, freedom, love, human nature, the Divine. A quiet philosophy is articulated in both verse and prose that echoes the ancient human desire to grapple with eternity and to begin, in some small way, to understand it.

My favorite piece is titled Omnia Vincit Amor, as it made me think of the painting, Amor Vincit Omnia (Love Conquers All), by the Italian early realist/ post-Mannerist artist Caravaggio.

Here is a sample poem from the publication, and some great PR shots of the author himself! 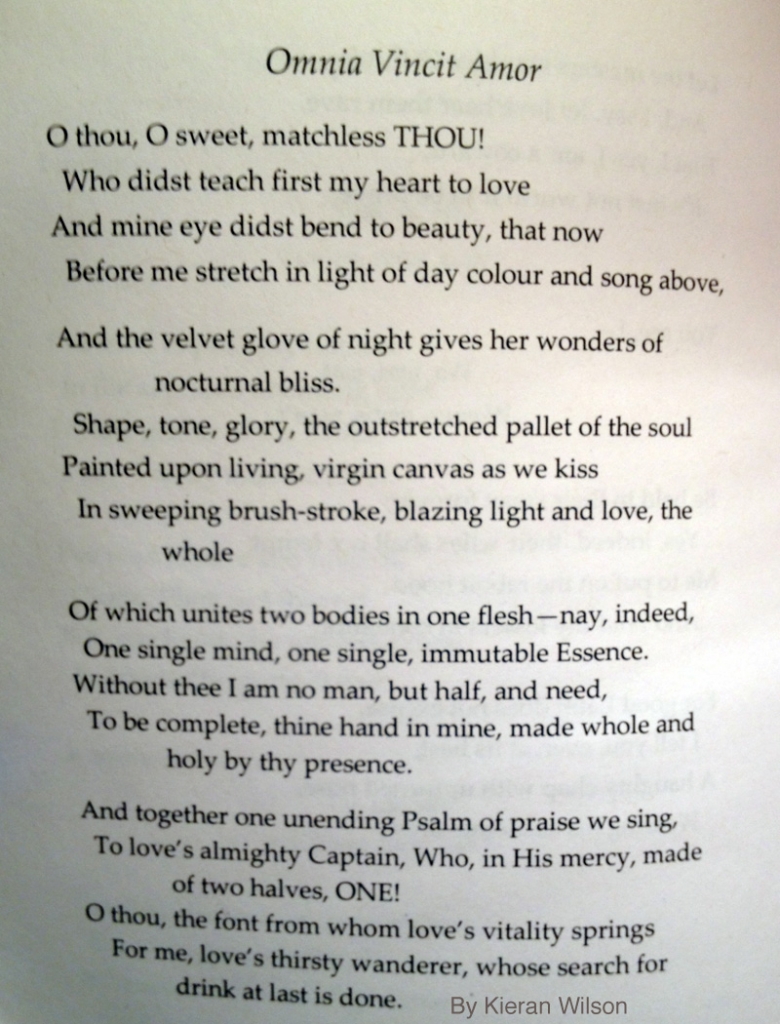 Omnia Vincit Amor pg. 16 from the book, Imitations of Eternity by Kieran Wilson, 2013 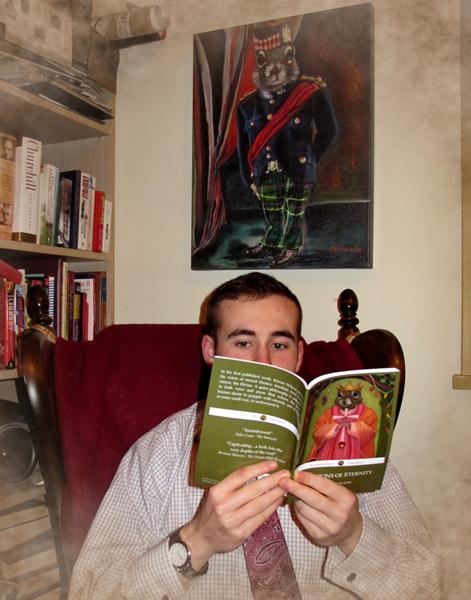