I was so thrilled when Adam Sawatsky asked to do a news segment for Romancing the Squirrel art show which is on at The Apartment Gallery Feb 22 – April 01, 2013.
MON-TUES, by appointment
Wed – Fri: 2pm-6pm
Sat+Sun 12pm-4pm

So guess who got Squirrel Bombed again?

See the first time here.
This photo is super rad tho’ ’cause Adam’s in the awesome squirrel mask for realzies! 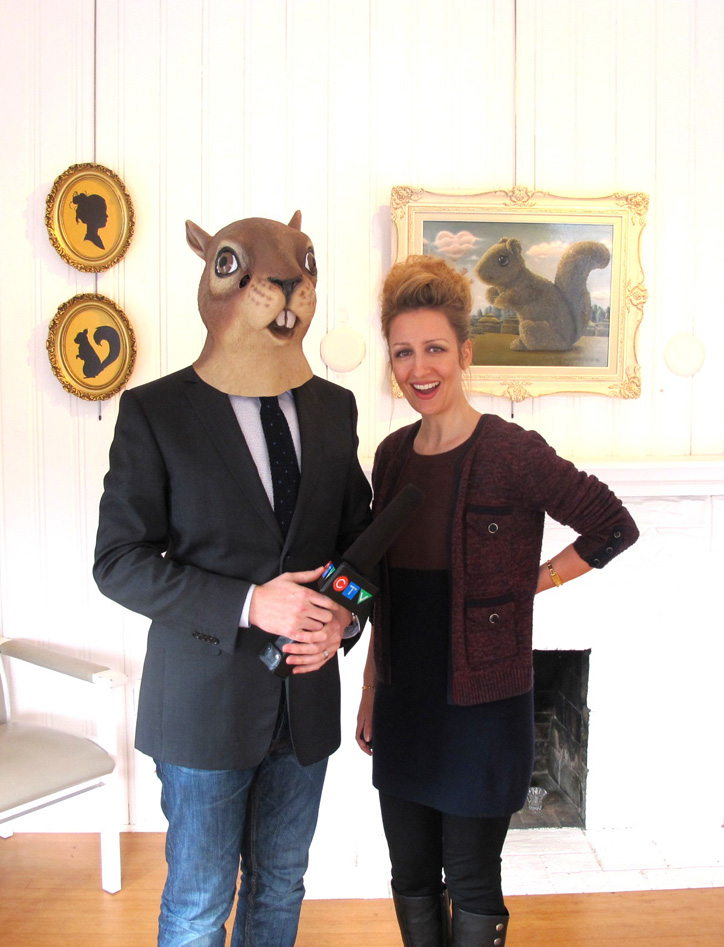