Revolution 9: Squirrel of Man (after René Magritte). Days in the Life by Philip Willey. A book about John Lennon

Revolution 9: Squirrel of Man (after René Magritte). Days in the Life by Philip Willey. A book about John Lennon 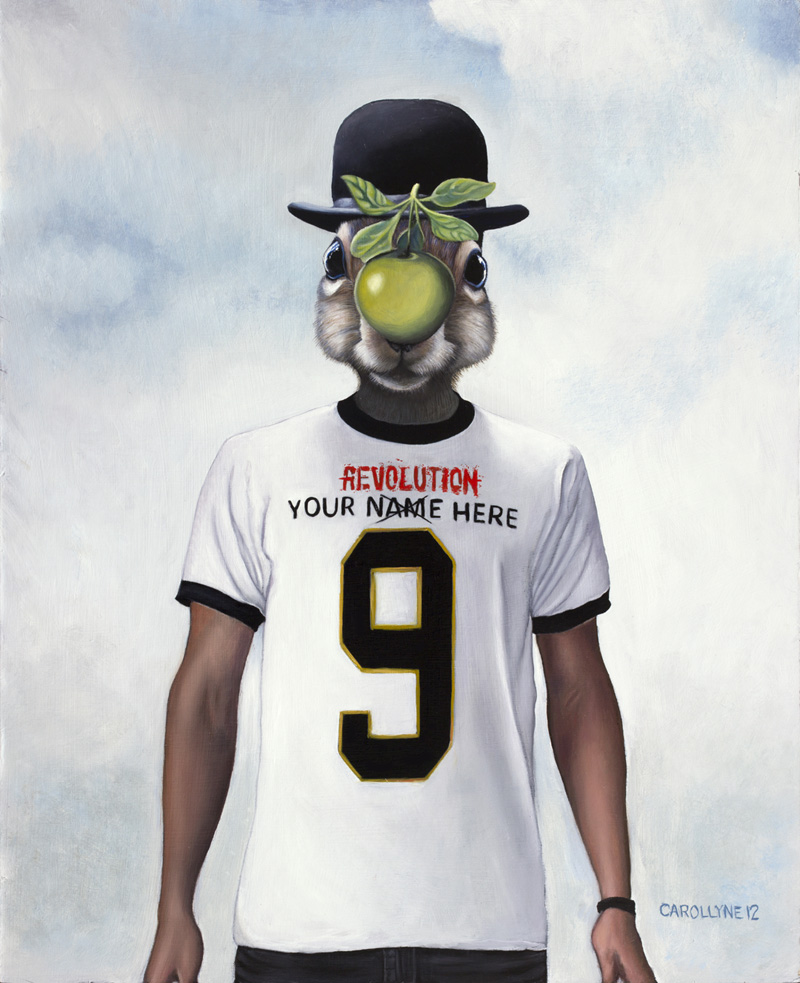 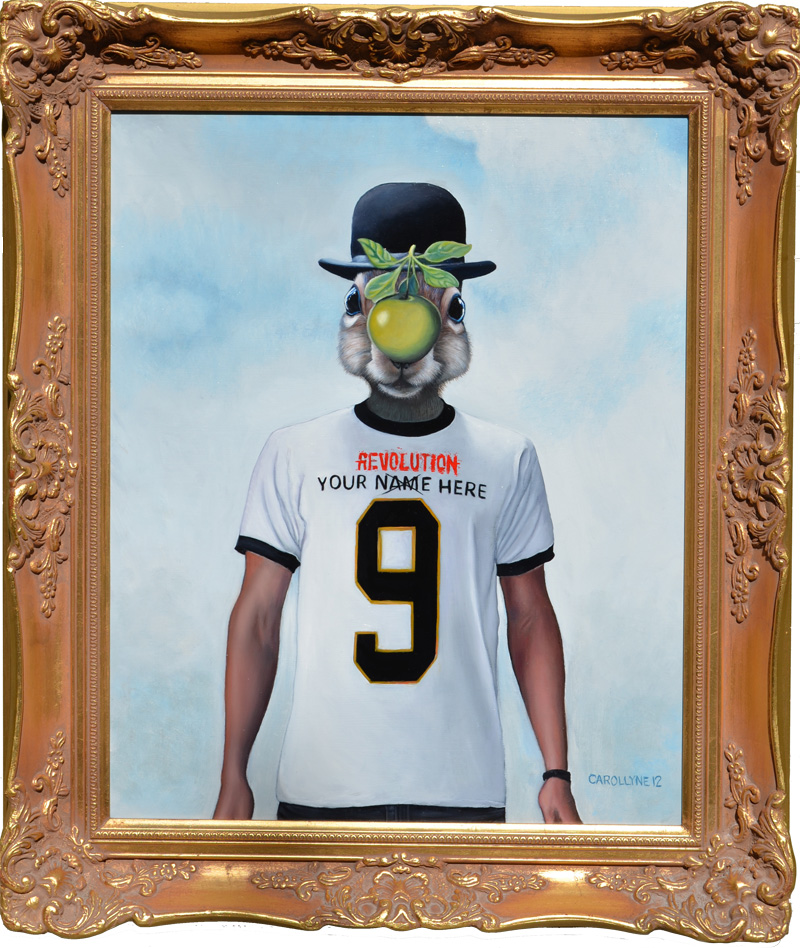 I was asked to participate in a project about John Lennon by Philip Willey. I rarely post a long description of my thought process in developing a piece, but this one is not as personal, so here it is.

I still need to let this dry and varnish, but was ready to post as is.

*The irony that I have posted this on the UN International Day of Peace has not been lost on me. Although it almost was, I just looked at my calendar. Ha.

I was influenced by The White Album, and a song credited to John Lennon, and accompanied by Yoko Ono called Revolution 9.
Lennon said he was trying to paint a picture of a revolution using sound.
John was also obsessed with the number nine (the piece begins with a slow piano theme in the key of B minor and a male voice repeating the words “number nine”).
In his book Dakota Days, John Green writes of Lennon’s dedicated mystical practices, his meditation, his psychic training, his cleansing fasts, his vows of silence, his Tarot study. His card was the 9th, The Hermit, presenting contemplation and introspection.
I then thought of what a Tarot card would look like for this piece.
I was drawn to incorporate the apple, first because an apple is on the record center of the White Album, and the record company was called Apple Records.
Meditating on that imagery, I thought of The Son of Man by René Magritte, who said about his painting, “…we always want to see what is hidden by what we see.”
I thought the imagery of an apple covering up a squirrel face (metaphor for secrets) would be especially humorous when covered up by the apple, which is symbolically referenced throughout history as a mystical or forbidden fruit, knowledge, immortality, temptation, and the fall of man and sin.
In Greek Mythology, the Apple of Discord becomes known through the tale of Eris, and it’s indirect cause of the Trojan War.
http://en.wikipedia.org/wiki/Apple_(symbolism)
http://en.wikipedia.org/wiki/Revolution_9
http://en.wikipedia.org/wiki/The_Son_of_Man
http://blogcritics.org/culture/article/john-lennon-and-the-immortal-number/
By carollyne| 2013-04-17T18:21:40-07:00 September 21st, 2012|Art News, Art of Consumption|2 Comments