I’ve created a few miniature paintings that will be available for sale in future.

CHARACTERS WE KNOW!
Oil on board miniatures of Green Bun Squirrel and Space Hat Squirrel.
These little ones are both 4″ x 5″ but with frame probably about 6″ x 7″)

NEW CHARACTER!
A new character has been added to the squirrel stable – Atomic Robot Squirrel! 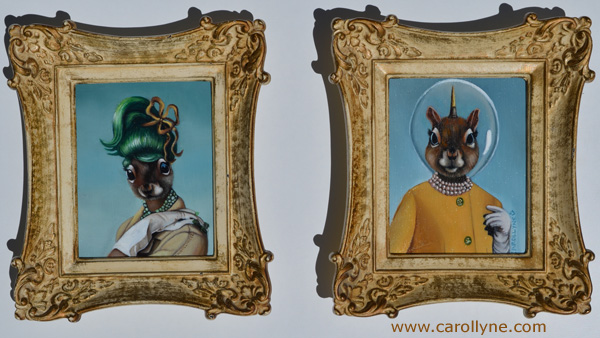 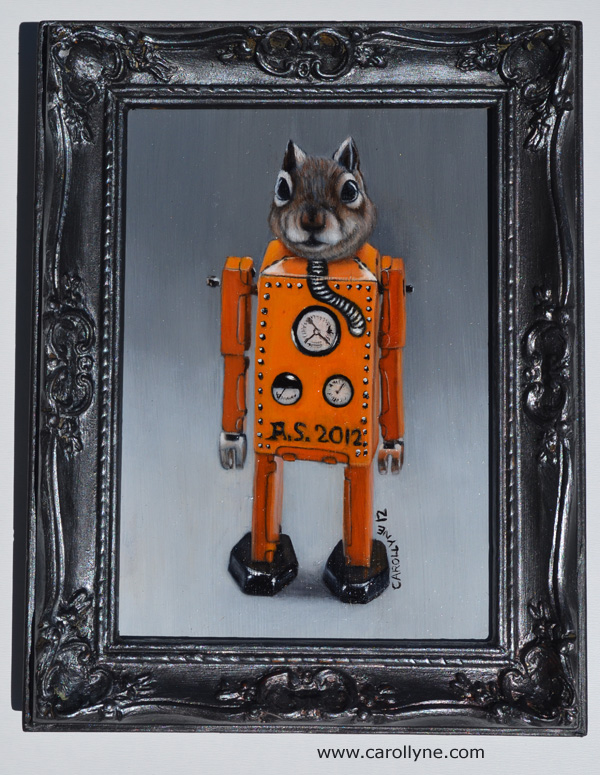