Our trip to San Francisco was great. As we arrived, an Oracle conference was just wrapping up, Obama was in town (we saw his motorcade), and Whisky Fest was about to begin. 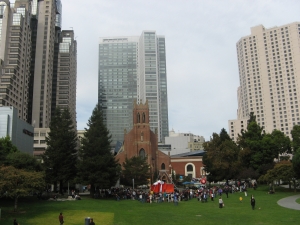 We were in town for the San Francisco Whisky Fest presented by Malt Advocate Magazine, but we also wanted to check out many other sights.

Another purpose ofÂ the trip was to pick up my Vado 2nd generation video pocket camera, as I tried unsuccessfully to purchase the video camera from their website because they don’t ship to Canada.

This post will review our trip including: photographic highlights of art museums. In future, I will post video footageÂ of the De Young Museum (works by Henri Matisse and a Frieda Kahlo), and an interview at Whisky Fest with Euan Mitchel from the Arran Distillery.

Presenting a major retrospective of over 100 works by Maurice Sendak, the famed author and illustrator of over 100 picture books including Where the Wild Things Are. 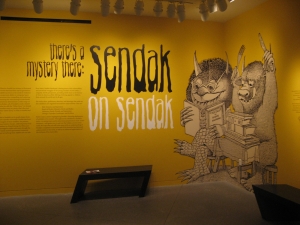 The exhibit showcased his small pen and pencil drawings on tracing paper, plus finished artworks in watercolour, short video interviews, notes, photographs, and inspirations. Sendak saw his inspirations in photographs either staged or from a spontaneous snap for his paintings. He spoke about his torment as a child over the Lindenbergh baby abduction, and said if he were teaching today, he would encourage students, “not to have a style, so as not to get boxed in.”

Our visit to the SFMOMA got me very excited because they allowed photographs. I took several and have posted highlights here. 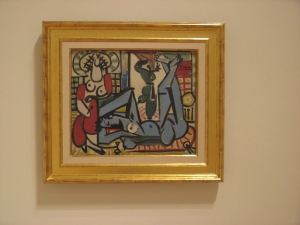 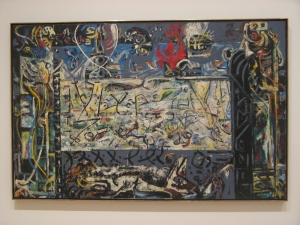 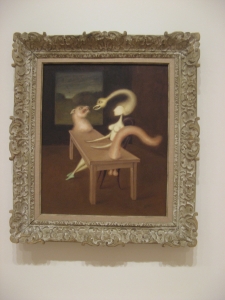 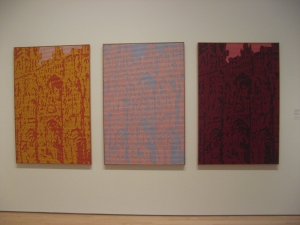 All black and white photography, subjects set against white wall. I never realized how violent the attack on Andy Warhol was until I saw this photograph of his body by Avedon. Andy and Richard knew each other well, and helped inspire each others work.

Next stop was the De Young Museum in the Golden Gate park (across the street is the California Academy of Science). The building with the living roof gives me ideas for a painting (think creature bumps). 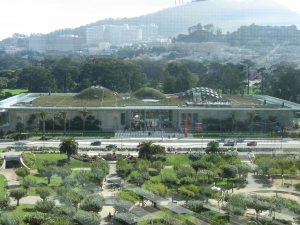 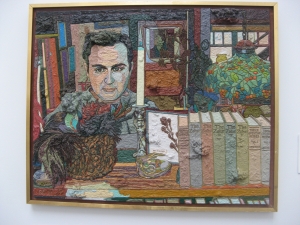 Overall a great exhibit on the life and empire building of Walt Disney.

The early years, his creation of Mickey Mouse, hiring of illustration artists, early animation techniques, animators, creation of characters, stories, sound addition,Â invention of the storyboard, cel painting, working with conductors and musicians, along with the stable of animals kept on site to design, photograph and draw from. Plus. advanced film production of the day, up until the death of Walt Disney. No photographs were allowed.

The Museum of Craft and Folk Art

It’s very small one room exhibit, but worth the 5 bucks. I enjoyed it because my real job is working in the IT industry. There was an exhibit on technology and sewing, so one artist had sewn the name of the colour in the colour with the hexadecimal code underneath (HTML). A bag featured <strong>Peace<strong>, which is of course how you make text bold on a web page. The final piece was called HTML patchwork 2007 made of embroidered silk fabric and thread made by less than 100 artists from the Britain, Canada, New Zealand, Australia and Ireland. It makes up the hexadecimal colour wheel, very much like what I use in Photoshop when I choose what colours for a web template design I’m working on.

Yerba Buena Center of the Arts

Highlight was the exhibit Wallworks.

Finally, what I liked about San Francisco is that it is a big city with small community care. One example is this green space nestled in between the skyscrapers downtown.

What I learned during this trip: