For Love of Whisky

Every January several hundred people converge on the Hotel Grand Pacific for the annual Victoria Whisky Festival (VWF), which almost since its inception four years ago has been acclaimed as one of the premier whisky events in North America. With its mix of intimate, daytime master classes and the large public tasting on Saturday night, the festival provides a unique opportunity to learn from experts while sampling over a hundred different whiskies””including many that are never imported for sale in this province. Such is the reputation of the VWF””and the opportunity to dip one’s beak into unusual bottlings by esteemed Scottish distilleries such as Lagavulin, Balvenie and Bruichladdich””that there are always several dozen out-of-town attendees, with some arriving from as far away as Calgary, Toronto and even Chicago. Not surprisingly, local libationers who know their Glenfiddich from their Glenmorangie waste no time buying tickets to an event that always sells out in just a few days. 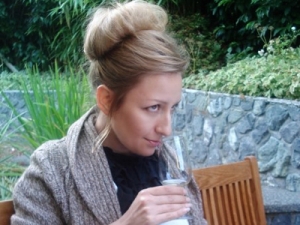 One such is Steve Werner, a senior vice president and investment advisor with a brokerage house in Victoria. A fan of scotch whisky for 10 years, Werner got his start after reading an article in Canadian Business that highlighted Laphroaig, a celebrated””some would say notorious””scotch from the Isle of Islay that proudly reeks of peat smoke, iodine and other jarring flavours. “I bought a bottle and the first sip was revolting . . . my wife wouldn’t let me keep an open glass in the same room,” laughs Werner. Finding himself stuck with the expensive tipple, the neophyte persevered””and by the end of a month came to enjoy the unruly but oddly compelling libation. “I still don’t like the heaviest of those Islay malts, but I now sip scotch to the exclusion of nearly everything else,” he says. His favourites include Scapa, Highland Park, and Speyside-area whiskies such as Aberlour and Macallan. “What I really like are the different flavours and complexities. It’s not that I enjoy this one over that one so much as I appreciate the contrast.”

Werner became such a fan of so-called single malts””unblended whiskies made exclusively from malted barley””that he stood in line for over a year in order to join the Victoria Single Malt Club, whose members meet monthly to sample and discuss the merits of two new whiskies specially imported for the occasion. And given that the people who run the Single Malt Club were the same ones who started the VWF, it was only natural for Werner to embrace the event. Ever since the inaugural festival, his game plan has involved signing up for a couple of the afternoon master classes (“Getting a lecture from someone who really knows his stuff””you learn a lot”), then fortifying himself with a substantial dinner before returning for the evening’s consumer tasting. “The festival is amazingly well organized, the food is very good, it’s a wonderful social atmosphere, plus they provide rides home,” he declares.

Possibly an even bigger fan is Carollyne Yardley, a long-time whisky lover who is well respected within the scotch community for her discerning palate (or maybe it’s just all the practice she gets””Yardley belongs to both of Victoria’s single malt clubs, and has made it to whisky festivals in Seattle, Calgary, Toronto and Paris). “What Victoria has is really a boutique festival,” she explains. “There aren’t 2,000 people piling into one huge room, it’s less of a rush at each table, and many of the locals are discriminating drinkers who take the opportunity to ask questions and learn more about what they are sipping.”

Yardley is co-founder of Star Global, an IT company that specializes in web application and design. After achieving international success in a male-dominated industry, it was child’s play for the vivacious Yardley to belly up to the bar next to all those bearded blokes in tweeds and confidently order a Talisker . . . or something truly exotic, like Amrut from India. “Whisky is no longer an old boys club,” she asserts. “There are a lot of women in both of Victoria’s scotch clubs, and our festival attracts more women than most such events.”

Yardley has never been accused of being shy and it’s easy to imagine her sporting a tartan party hat at the festival. In fact she is (mostly) all business. Other than having a sip to help with her extensive taking of tasting notes, she dumps out all that gorgeous whisky into the silver spit buckets. It’s only towards the end of the night that she lets loose, revisiting her three favourites and having a full pour of each. “The companies make a point of bringing some new whiskies each year,” she adds. “Plus you often get to speak with the master distiller and other people who actually put their blood, sweat and toil into making these great libations.”

Although the occasional person (as in, silly young male) comes to grief at the event, Werner is part of the vast majority who drink for flavour, fun and research (after a quick taste he pours much of each glass into the spit bucket). “If you were to get drunk at something like the festival””and it wouldn’t be hard””you’d miss most of the pleasure,” he cautions with a smile. M