Shakey and the Princess

Shakey and the Princess 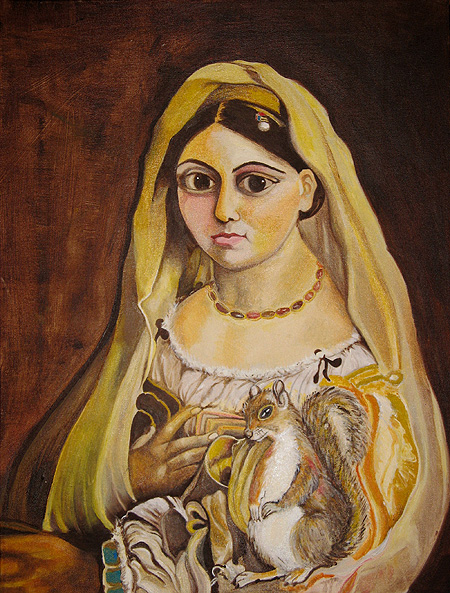 This painting now is titled. It’s called Shakey and the Princess. One fellow was injured during the mating season in our yard. His name is Shakey. He’s a bit better now, but for a time, he was eating with his head totally upside down, because he couldn’t stand erect. And he shakes. Alot. Shakey needed some love and attention, but he’s almost fully recovered albeit still blind in one eye.

I predict about another 6-8 hours on this one, I’ve basically got the whole idea down, and will start refining the features later on tonight. I’m starting on another painting too, and am in the beginnings of a series. Hmm, will Shakey appear again? We’ll see.