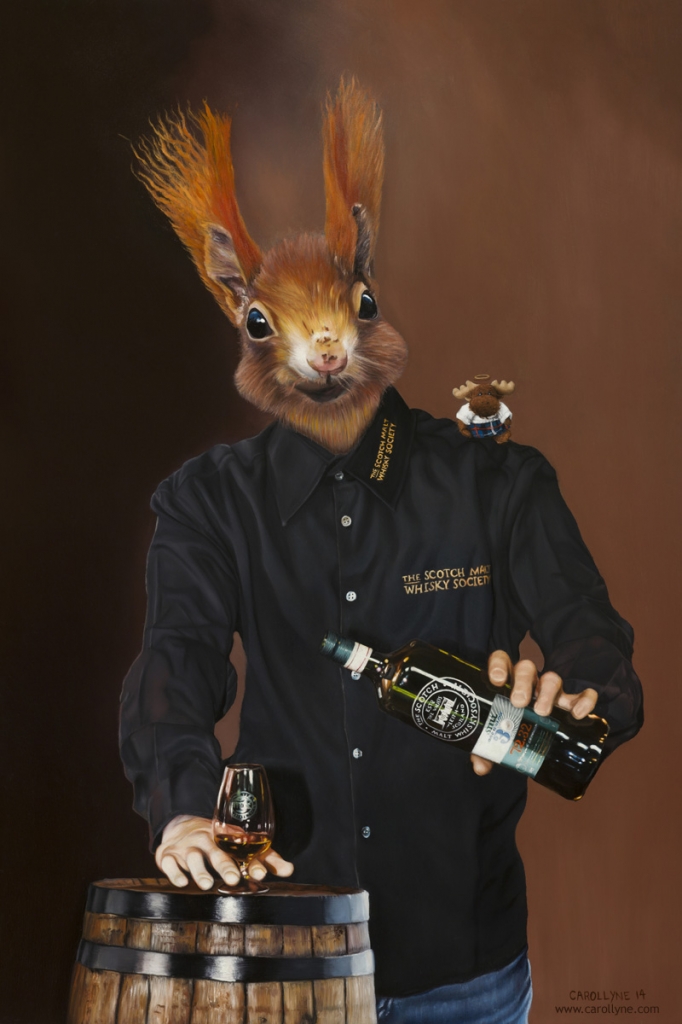 FREE SHIPPING ON THIS ITEM:
Please note this print must be flat-packed for safe shipping; shipping and handling fees are included with print cost. Shipped free anywhere in the world.

Society Squirrel was a commission from the Canadian branch of The Scotch Malt Whisky Society.

It was created to celebrate the Scotch Malt Whisky Society’s entry into the Canadian market, and to commemorate the 30th Anniversary of the Scotch Malt Whisky Society organization. My clients wanted a red squirrel (known for their lovely long ears), acting as a bartender, pouring a dram for a Society member. The bottling rendered in this paintings is the SMWS 30th Anniversary  bottling 72.32 (Miltonduff 1983 SMWS 72.32 Single Malt, details below), from Speyside, Scotland.

Also incorporated into the piece is their mascot, a moose named RT. He is wearing a kilt made of the Mackenzie tartan, the pattern after one of the proprietors’ clan family. The moose also doubles to distinguish itself as uniquely Canadian. Read More.
Also connect with them on Twitter

Very exciting news: I will be presenting this painting to the SMWS Canada at the Victoria Whisky Festival 2014. Watch this space for more photos, and media coverage on Shaw TV. 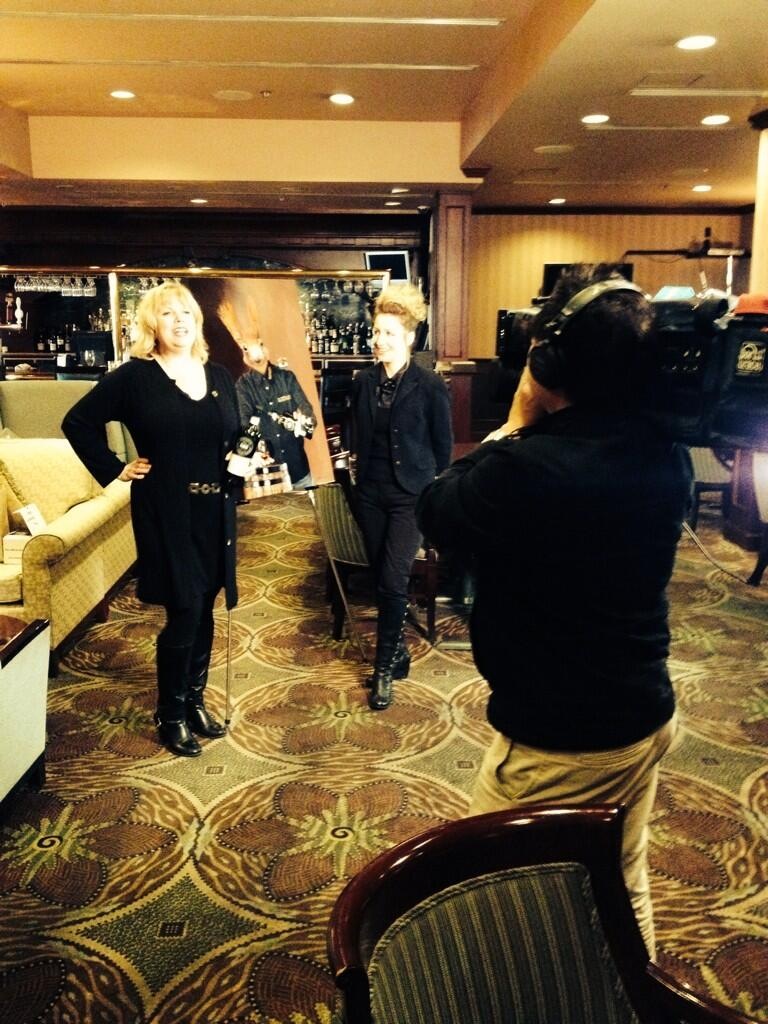 Behind the scenes on location at the Victoria Whisky Festival with Karen Elgersma for Shaw TV Vancouver Island. 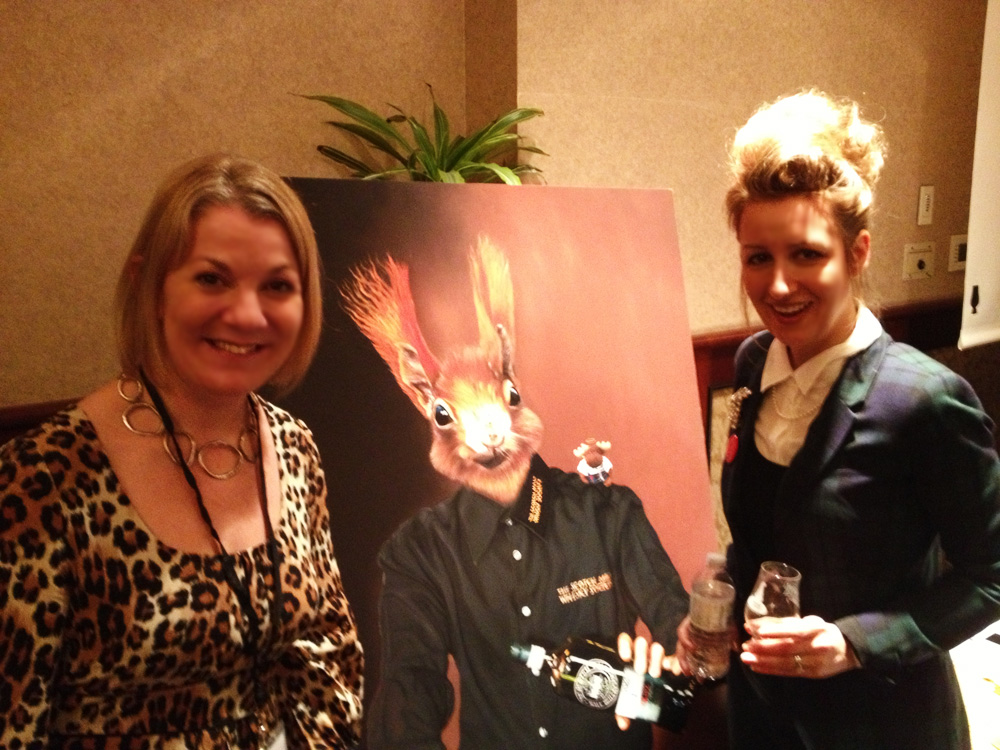 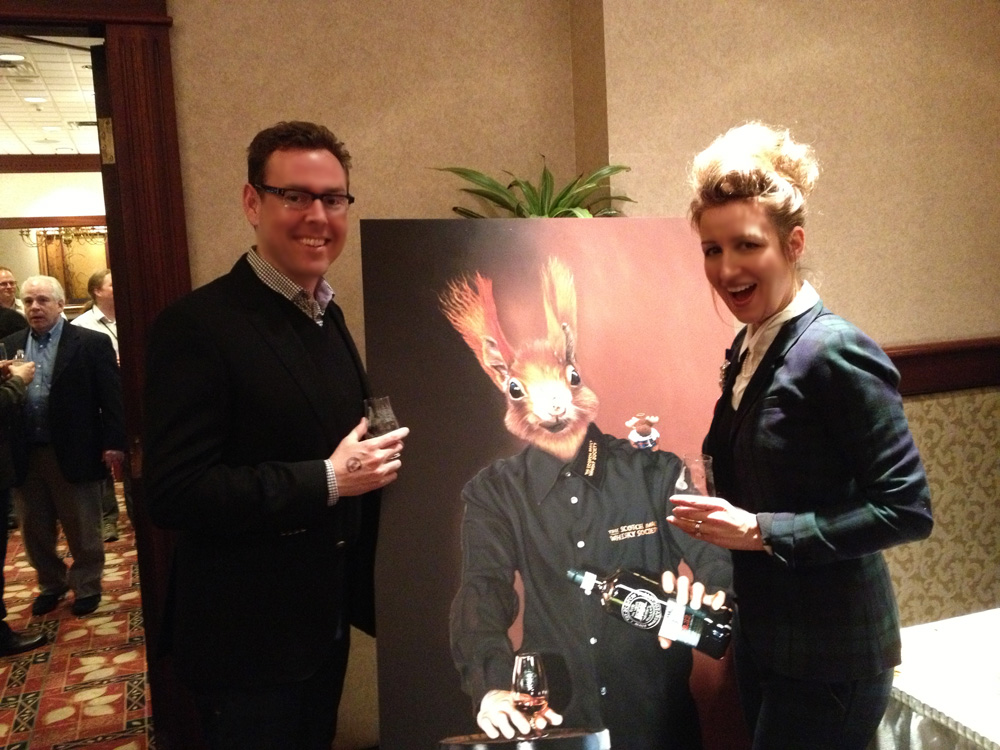 with Adam Sawatsky and Society Squirrel at the Victoria Whisky Festival 2014.

About the Society UK

The Scotch Malt Whisky Society is the world’s foremost whisky club. Starting in 1983 in Leith, Edinburgh, Scotland, also has tasting rooms in London, England. As a member, you will join over 26,000 other members in 16 countries (and growing) and have access to the very best single cask, single malt whisky available anywhere. Only members can purchase The Society’s fantastic and interesting whiskies. Read more.

Behind the scenes photo shoot here.