Today I finished Murakami Squirrel. You can see the underpainting for this piece here.  This is part of a series I’m doing about the top internationally prolific contemporary artists of our day, and there will be some artists thrown in that I just think are Superad. Which of course is a play on words from Murakami’s self coined art term, superflat. I wonder if Murakami knows about my self coined term, Squirrealism? Ah well, I’ll ponder that another day. 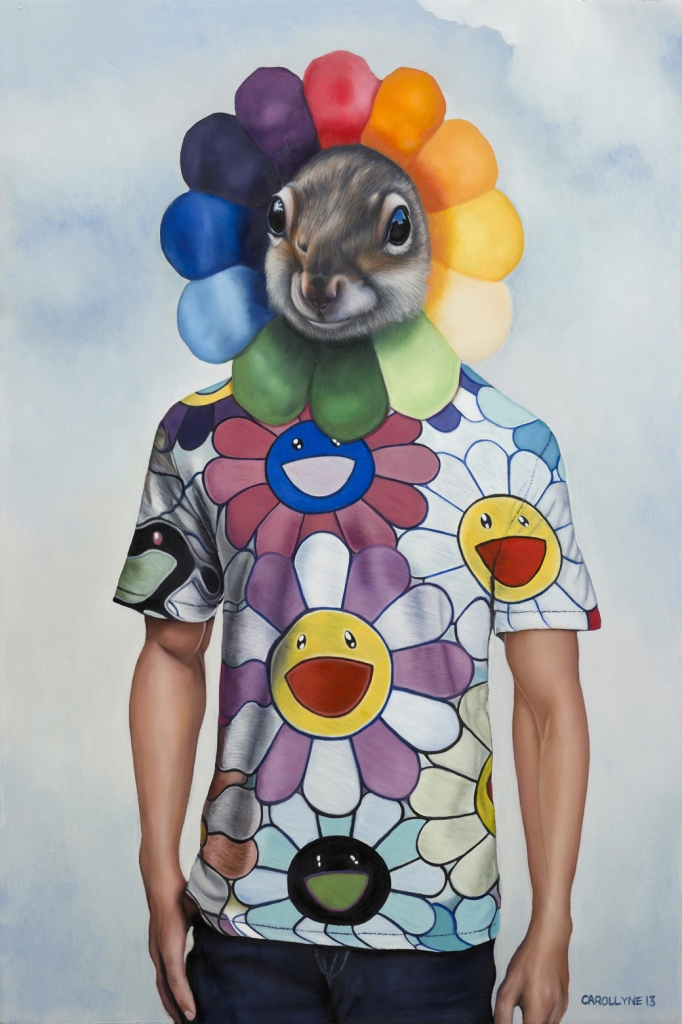 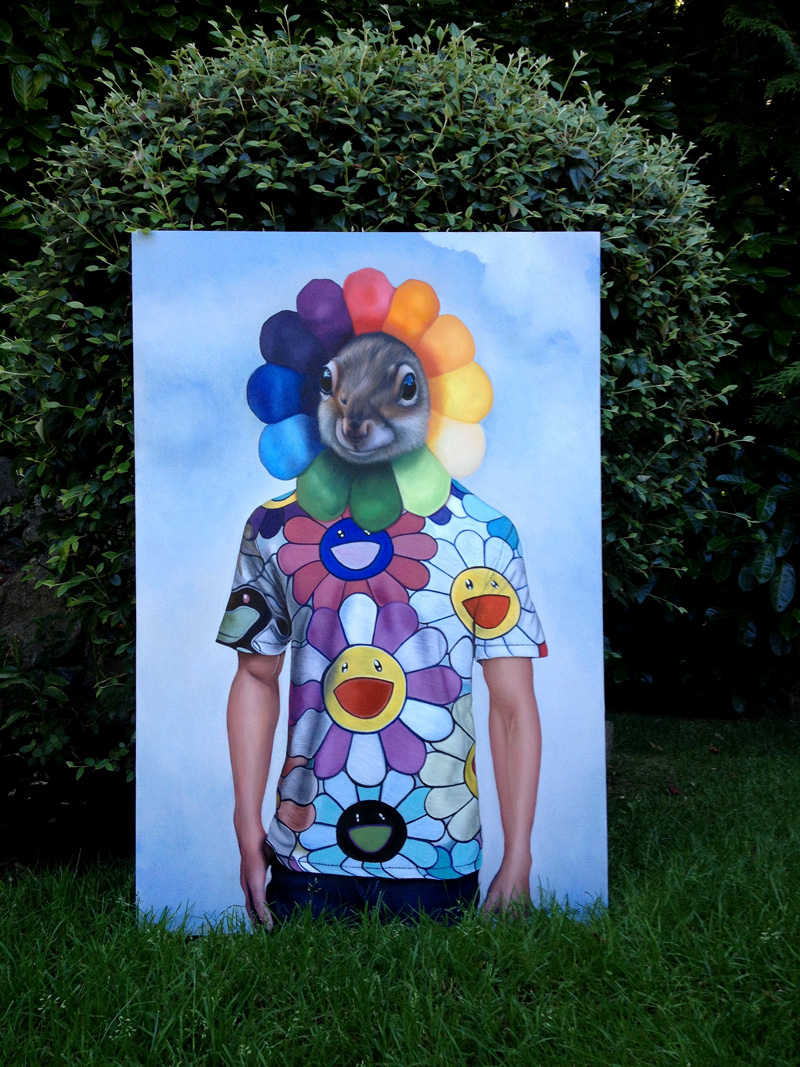 I utilized this piece called, Flowerball Pink (below) to create the shirt design. If Murakami wants to start a t-shirt company, he can use this for his sample line, and perhaps buy himself a Superad Squirrel painting too. 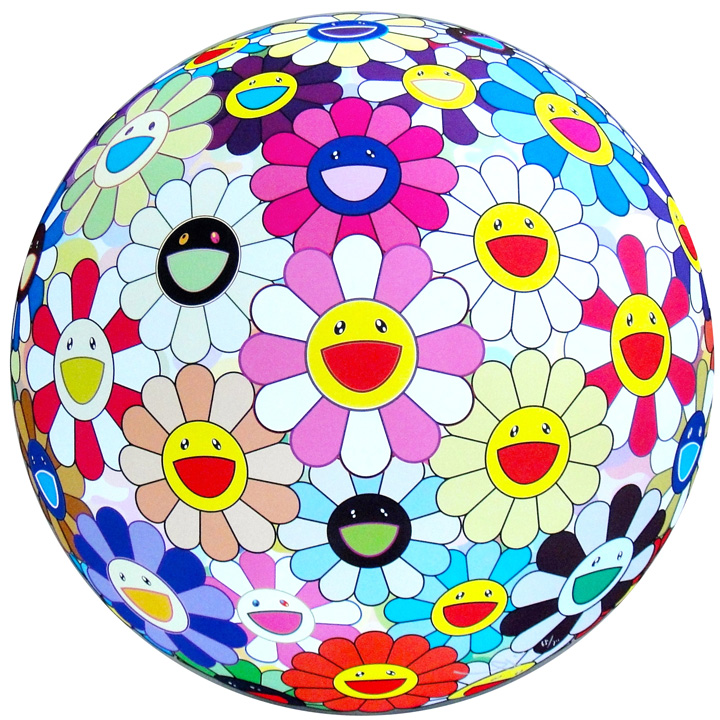 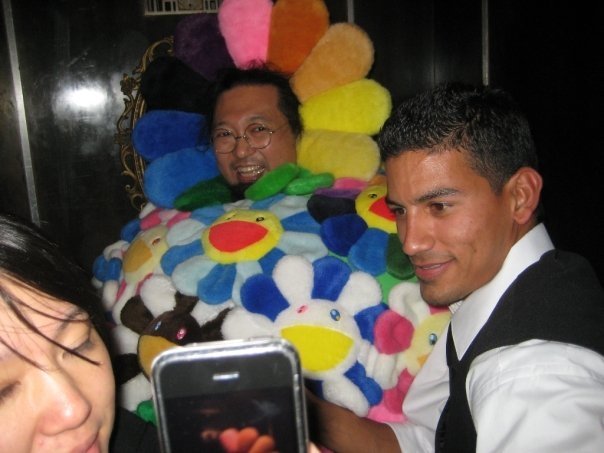 Takashi Murakami (Murakami Takashi, born in Tokyo on February 1 1962) is an internationally prolific contemporary Japanese artist. He works in fine arts media—such as painting and sculpture—as well as what is conventionally considered commercial media —fashion, merchandise, and animation— and is known for blurring the line between high and low arts. He coined the term superflat, which describes both the aesthetic characteristics of the Japanese artistic tradition and the nature of post-war Japanese culture and society. Superflat is also used as a moniker to describe Murakami’s own artistic style and that of other Japanese artists he has influenced.