Here are a few teaser photos from my camera, I will post more when the photographer and gallery send me their pictures. Close to 3oo people attended the opening at The Apartment Gallery, and I was very impressed with how they handled the overflow, considering the gallery size.  They graciously opened up the spa downstairs so art lovers could enjoy wine and spa treatments, while waiting for the crowd to turn over.

I’m expecting an email tomorrow that says, “They said I wasn’t on the guest list, Love Mom.”

We do our best. 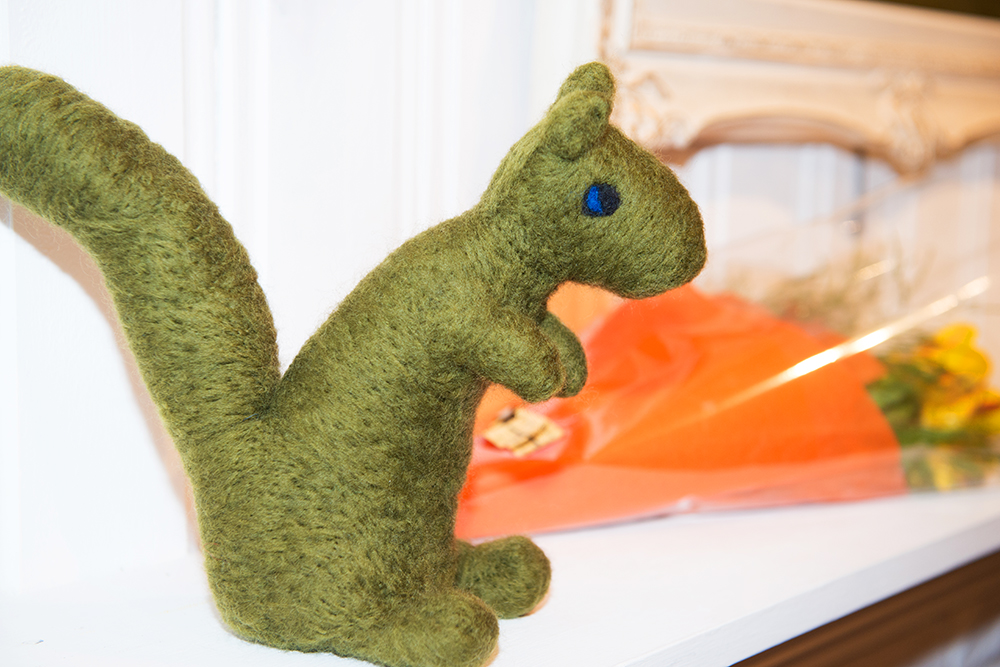 Video by Efren Quiroz of Exhibit-V.ca 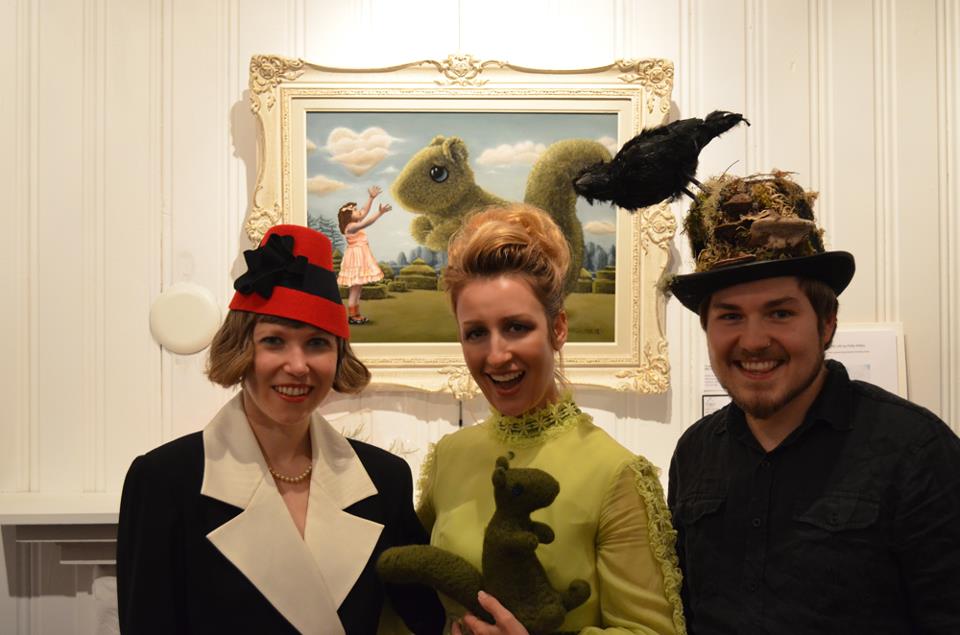 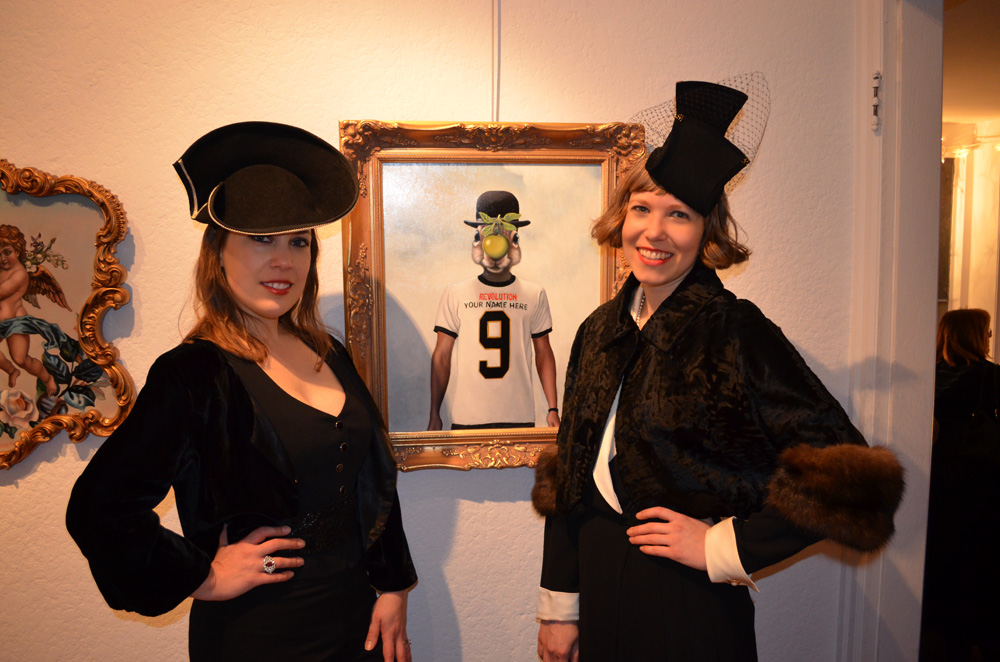 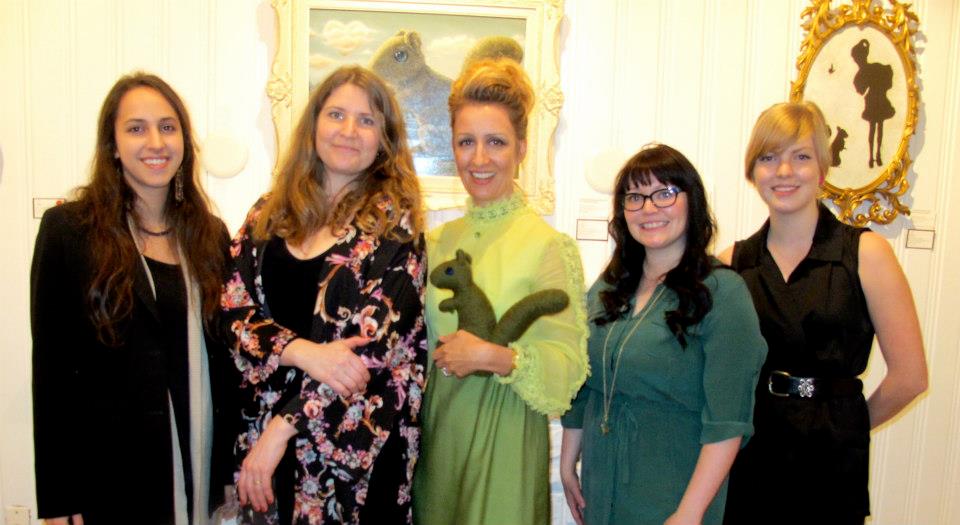 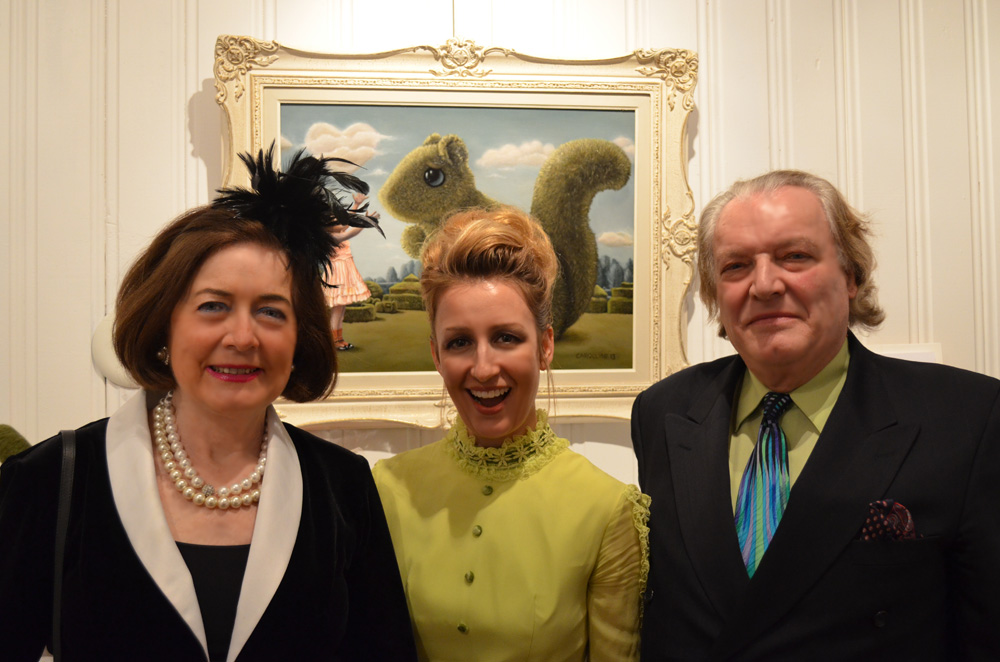 The Erling-Tyrells with Carollyne Yardley, Romancing the Squirrel, Feb 22, 2013

Thank you to everyone involved, Ellen Manning, Director of the Apartment Gallery, the countless volunteers, hat and clothing designers who came armed with gorgeous models wearing delicious hats, Heather Leary who donned the Tropical Girl Squirrel outfit for a second time. 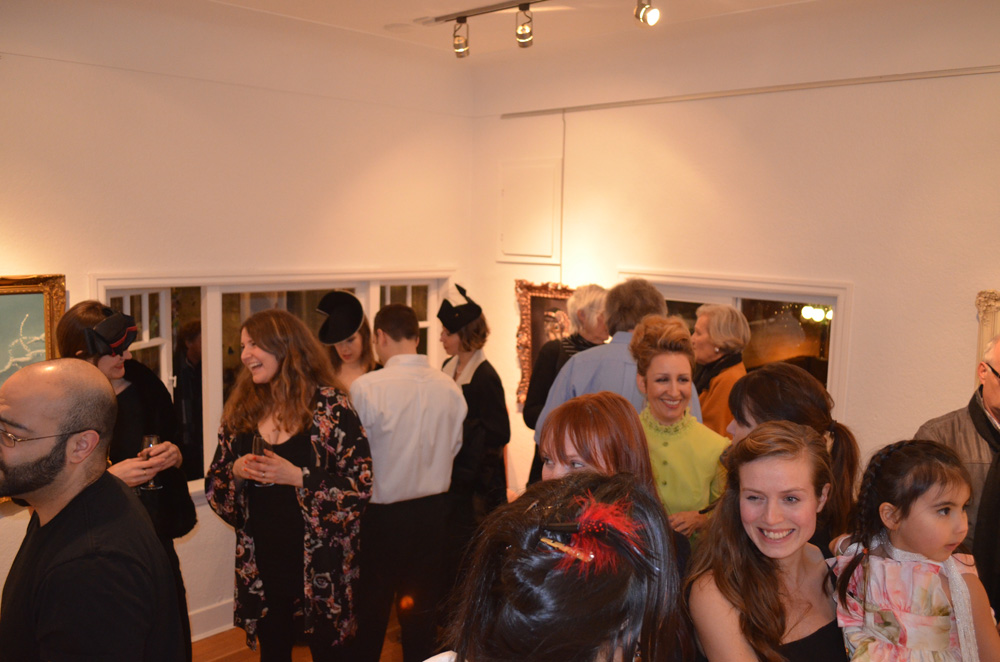 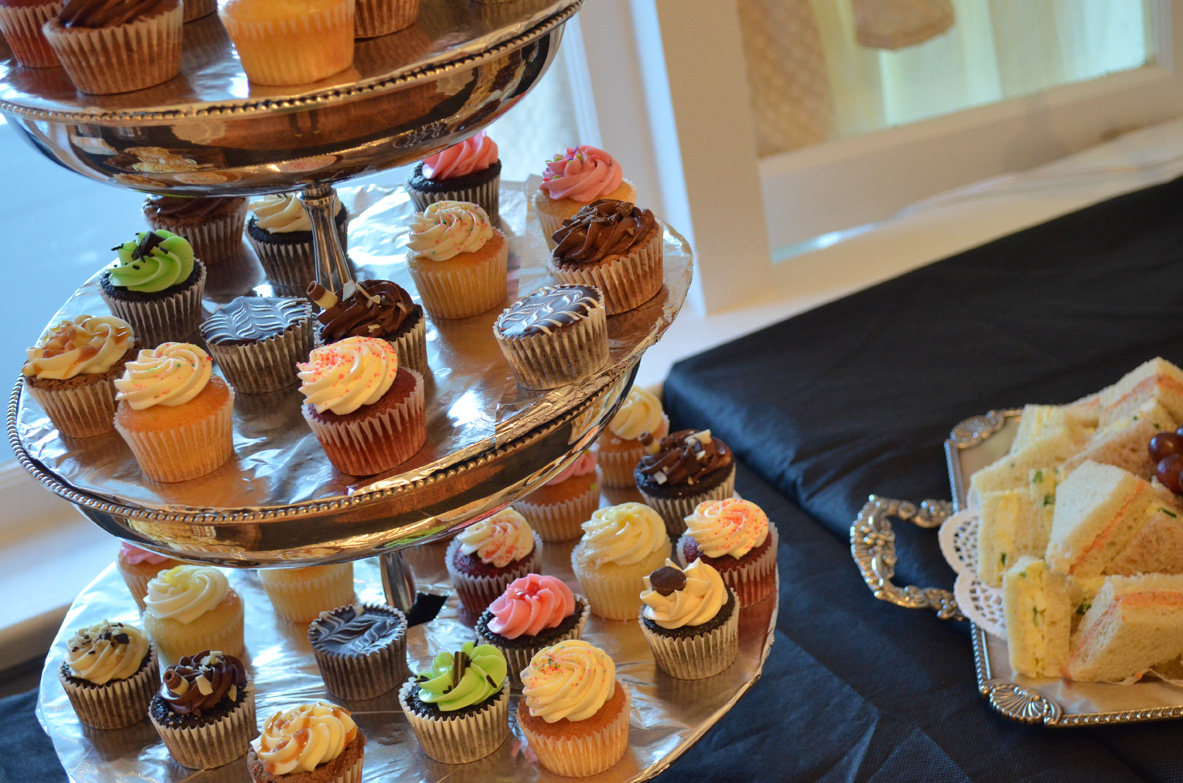 Cupcakes on silverware at Romancing the Squirrel at The Apartment Gallery 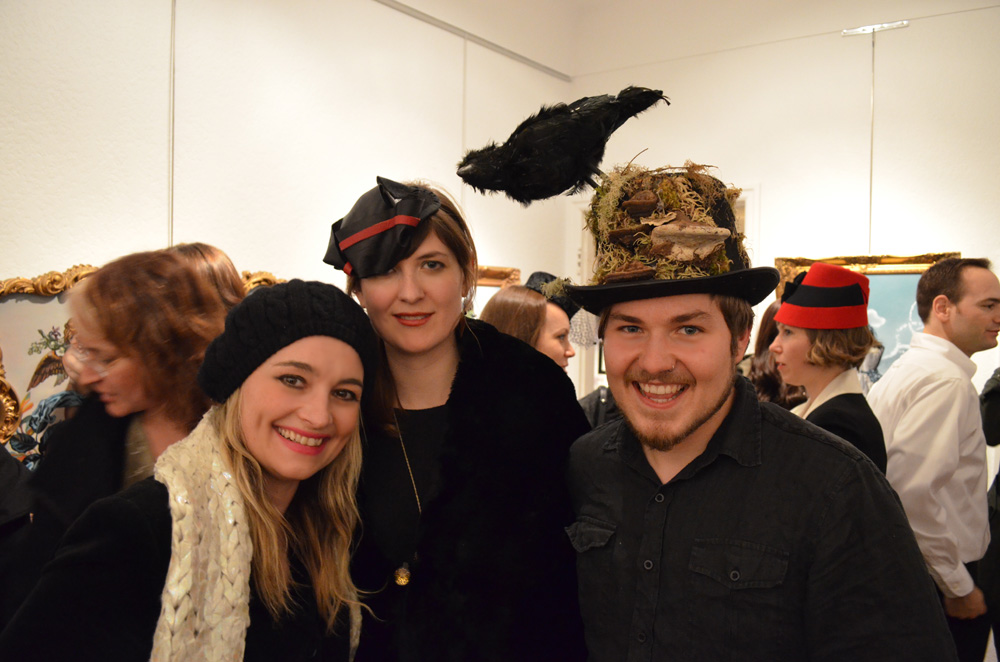 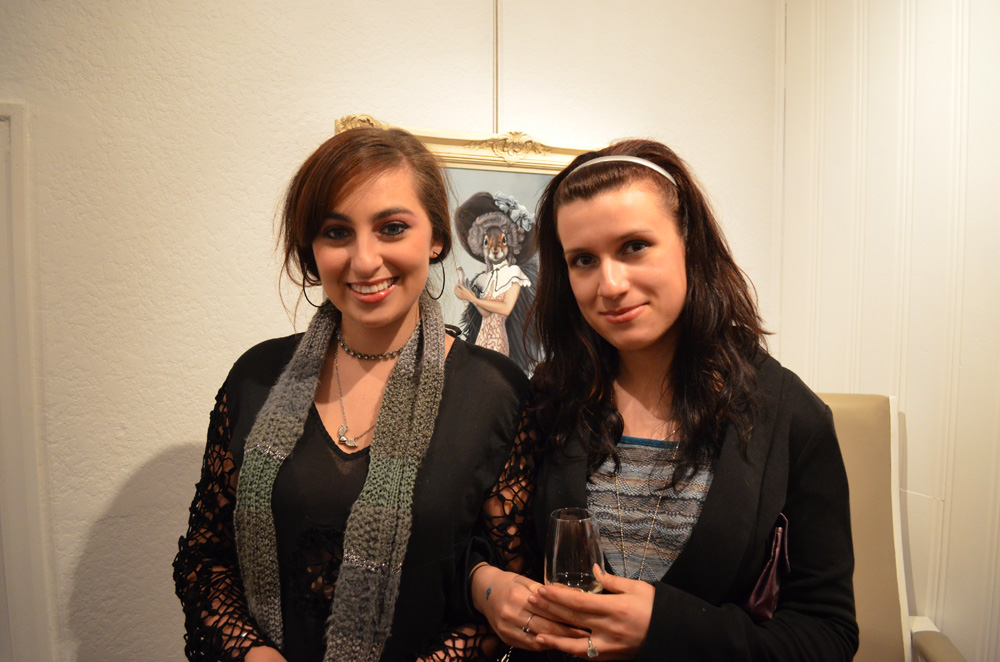 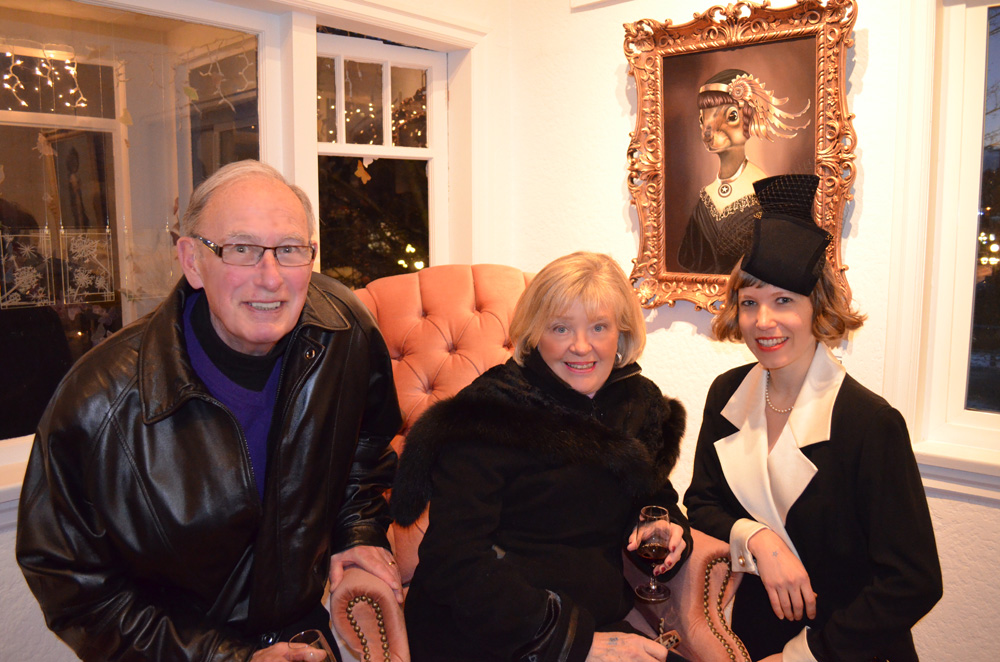 Donna, Gordon and Tierre with The Avenger, Romancing the Squirrel, The Apartment Gallery, Victoria, BC 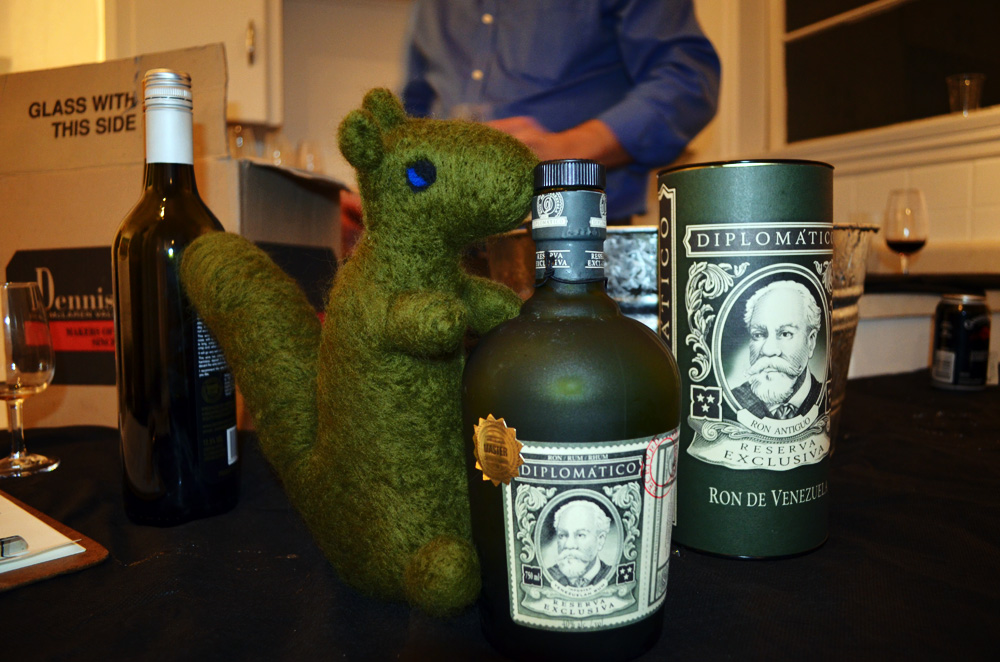 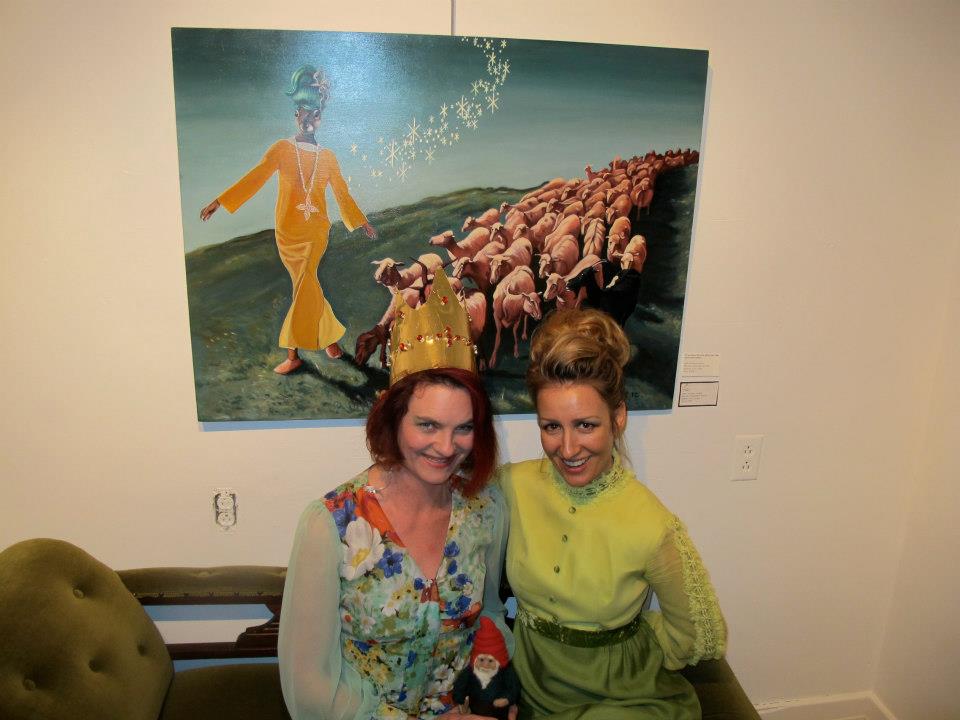 In the contemporary world we put on various costumes, faces and disguises to mold ourselves for roles and positions in society, taming the unattainable or unmentionable desires hidden within our personal psyches.  Break this cycle of suppression and enter into the world of Carollyne Yardley in which everyday and every image is a witty insight into the characters beneath the surface!  Romancing the Squirrel  presents Yardley’s entire body of unique personalities  – her characters, our real selves, emerge from behind the safety screen of the mask, the ‘squirrely’ exterior.  Yardley’s signature style is a calculated and revolutionary approach to art historical tradition invigorating and enlivening the static entities of the past with the eccentric personalities of the present.  Ellen Manning, The Apartment Gallery