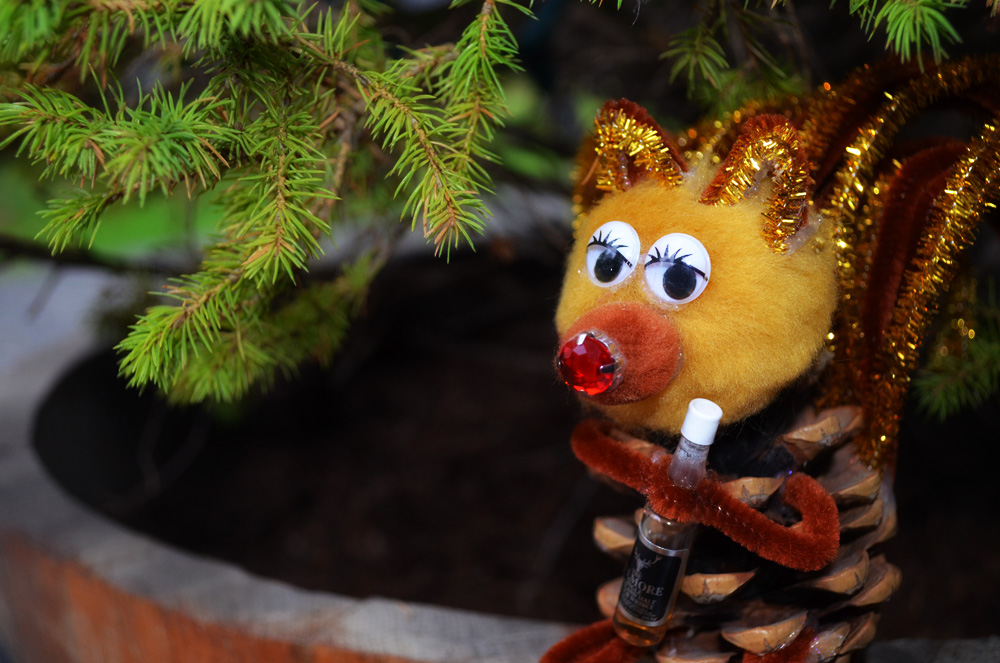 I will be selling a miniature painting called Snowman Squirrel and greeting cards at The apARTment Gallery this winter (dates to be posted).

They are also putting up a Christmas tree and asked participating artists to create a unique ornament to hang on the tree.  I thought long and hard, and decided a Pine Cone Squirrel Ornament with Dalmore Scotch Whisky would be perfect.

After creating my creature with a pine cone, puff balls, pipe cleaner and a glue gun, I decided he needed to be carrying something a bit better than just a nut.

So who else has package of miniature whiskies hanging around? 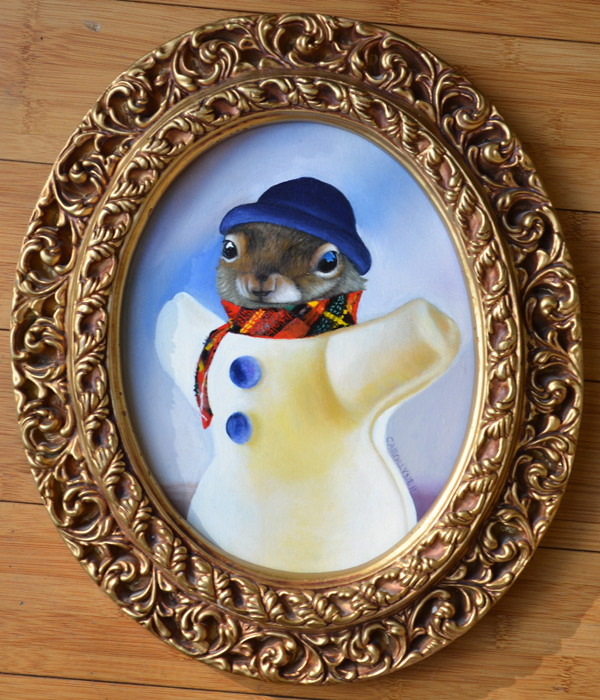 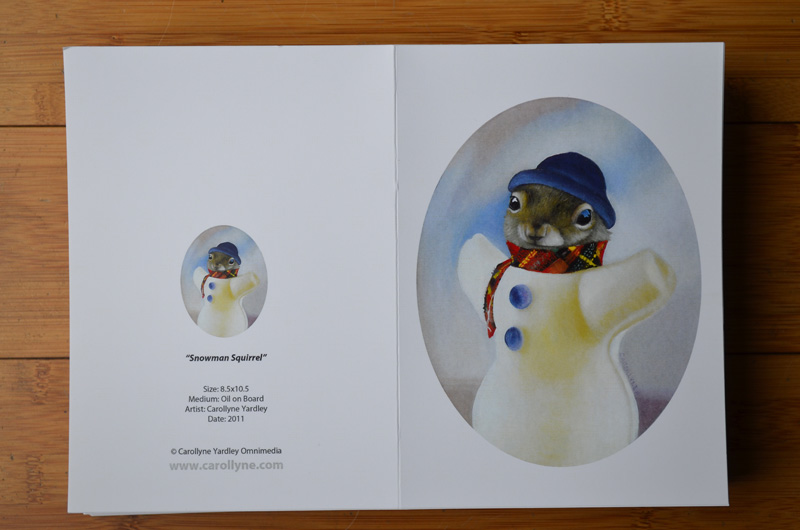