Here is the latest painting off the easel called The Avenger. 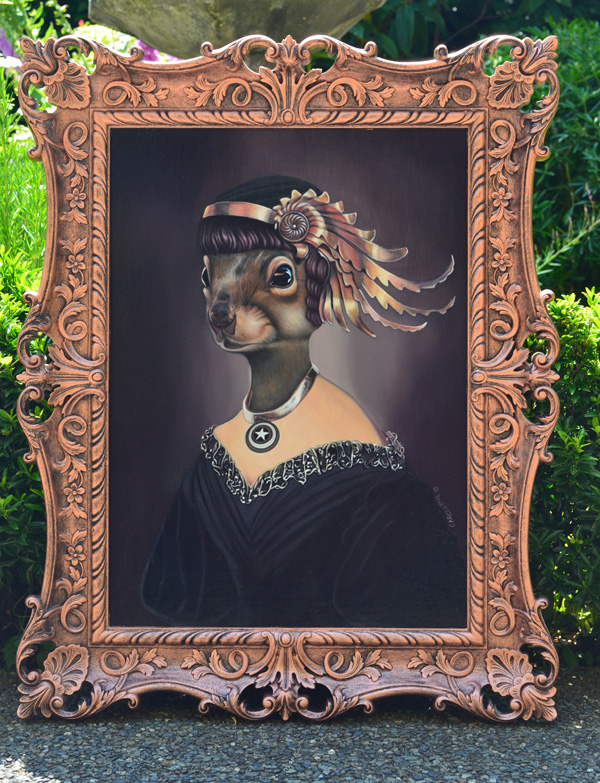 Partly influenced by Captain America and superheros, she bears the mark on her necklace of the Captain America logo, which also happens to be the same logo for my previous company called Star Global, and the logo I use for Carollyne Yardley Omnimedia.

The hat is inspired by a vintage Vogue hat from the 1920’s and also represents the winged cap worn by the Olympian god Hermes, the herald, or messenger, of the gods to humans, the protector of shepherds, literature and poets, athletics and sports, orators and wit, and of commerce in general.

The Avengers is a time collapsing portrait of a superhero of Yardley’s creation; the squirrel subject wears a 1980s era necklace with the Avengers (Captain America) logo (also the logo for Yardley’s current and former business ventures), a gown of apparently late Victorian vintage, and a bobbed 1920s hairdo adorned with the wings of Mercury. “She servers her justice swiftly”.