The power of the web. My friend sent me a link to a blog story about a group of people meeting in brunch clothes and wearing squirrel masks which led to a Twitter conversation with two folks in the Twitter universe, which led to the sale of Mushroom Hat Squirrel (after Mary Quant) and Green Bun and Space Hat Miniatures. I love that she is going to a new home that is dedicated to the weird and the fabulous. 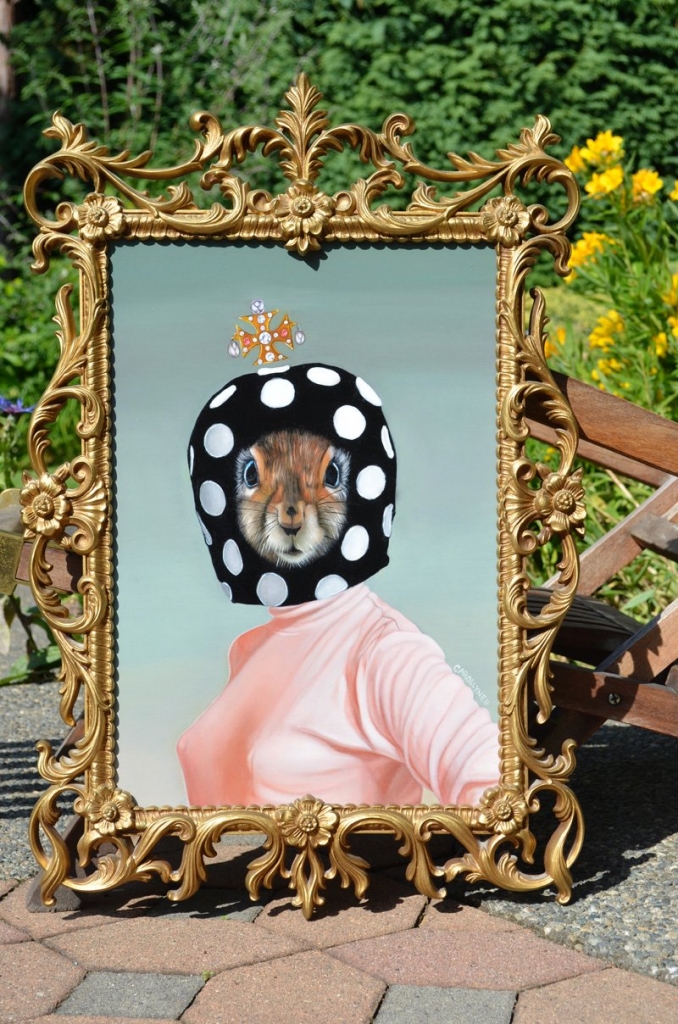 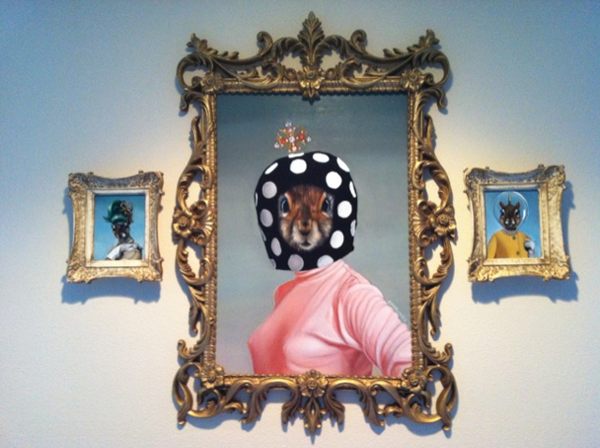 All three paintings reunited at the collectors home. Photo by David Wahl

Below are some links to the stories and collector that created this wonderful collecting story.

The fabulous David Wahl, the Director of Awesome for Archie McPhee and co-editor of the Geyser of Awesome writes about his soft spot for squirrels, and swooning after my squirrel portraits.

The world’s greatest weird store! We love unicorns, narwhals, bacon and that one thing you think only you like. Seattle, WA. Widely considered to be a Mecca for connoisseurs of the strange and one of Seattle’s top ten weird destinations.
Seattle Store location: http://archiemcpheeseattle.com/