During the opening of  Never Dine Alone, theÂ art show I curated back in November 2011, I met Alexander Kaiser, the owner and artistic director of Silly Hats Only.  (Also see his Facebook Page) 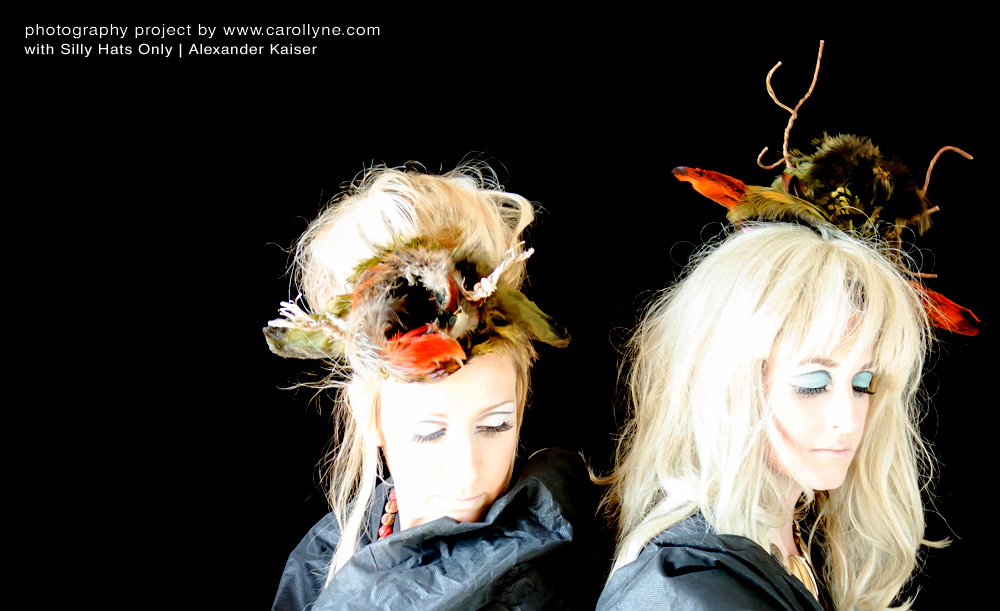 Styling by Carollyne Yardley, Hats and Photo by Alexander Kaiser

I fell in love with his bird inspired creations, and since then have gotten to know more about his work.  I love fashion and incorporate fabulous vintage outfits into my paintings. As a result, I thought a collaboration with Silly Hats Only would make a great art show / project.

My friend and photographer Jen Steele was to be the main model, and professional makeup by artist Jenny Clark.  The day started at 9:30 am.  We loaded my car with a storyboard of planned shots, over 20 of my vintage dresses, evening gowns, hats and jewellery, and an assortment of props, and headed over to Jenny Clark’s makeup studio.

Styling by Carollyne Yardley (in my mom’s 1960’s dress). Photo by Jen Steele

I was inspired by images of Twiggy and the Mod makeup from the 1960’s, also the doll-like makeup from movies like Valley of the Dolls. 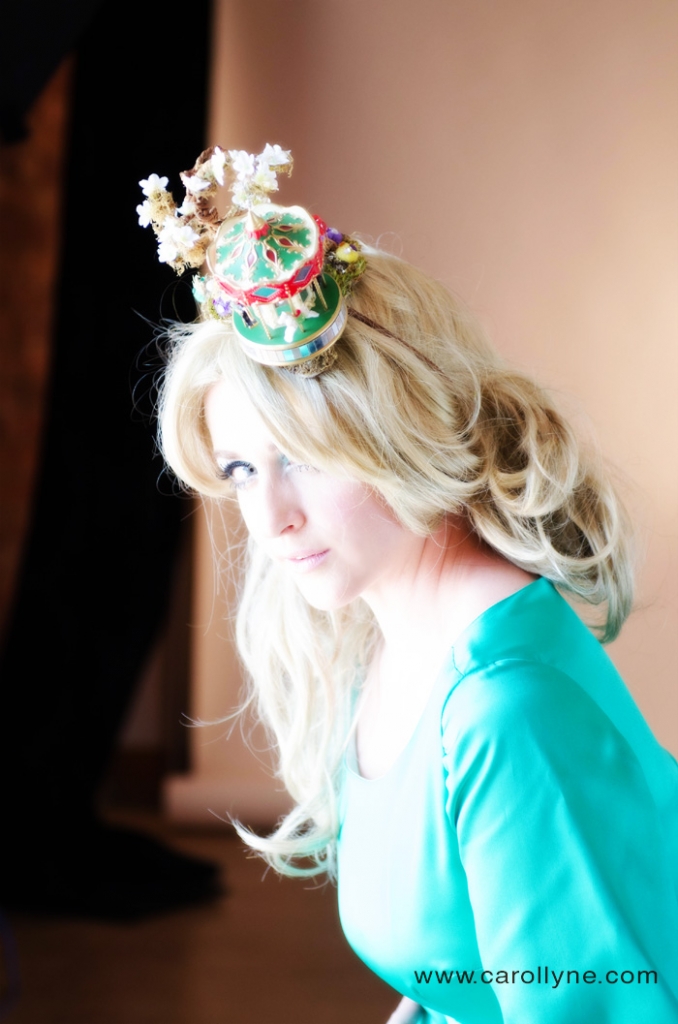 Jenny Clark knew exactly what to do, and along with giant eyelashes, blue eyeshadow, Jen Steele and I were all dolled up and on our way a couple of hours later.

We met with Alexander Kaiser early afternoon at the studio, and he brought a lovely selection of hats. Having known which ones we might use, the dresses were a perfect colour match and collectively made some yummy outfits.

It was my first time working on the other side of the camera – usually I’m the model and Jen Steele is the photographer, but this time we swapped places for most of the afternoon, and I had a lot of fun grabbing some awesome pictures, which are going to create excellent material for future paintings. Alexander Kaiser also took some amazing pictures, and later in the day Jen Steele took back the camera to finish off a heroic afternoon of image capturing. 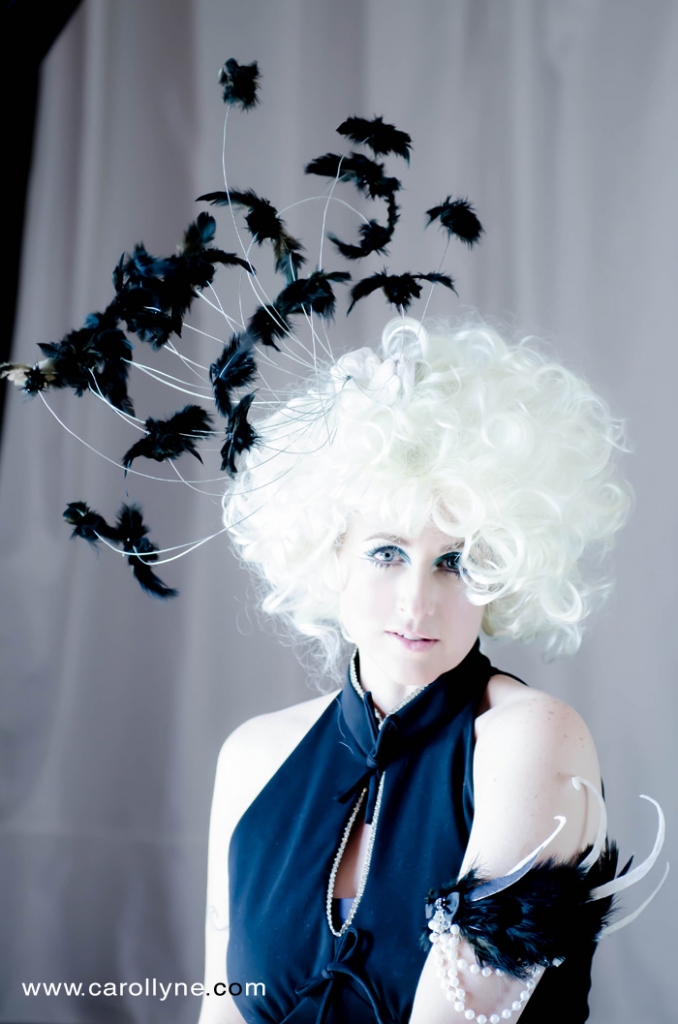 Styling and Photography by Carollyne Yardley, Hat and arm bracelet by Alexander Kaiser 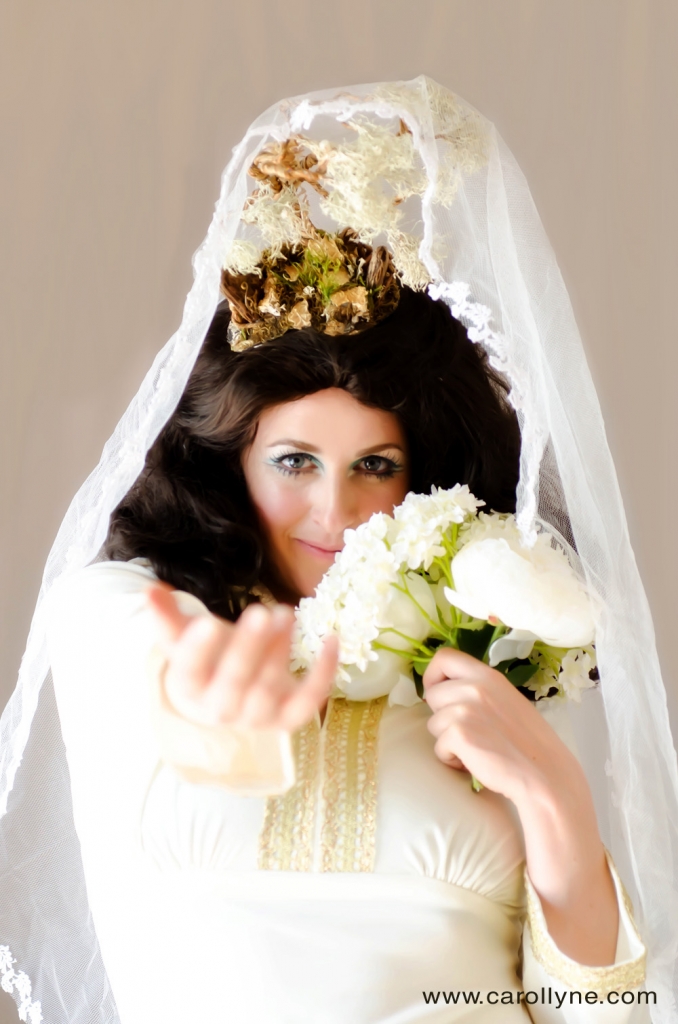 We also had a secret guest model who posed for some photos, and while he will end up with a squirrel face in the painting to maintain his anonymity, perhaps he will let me reveal who he is at a later date. 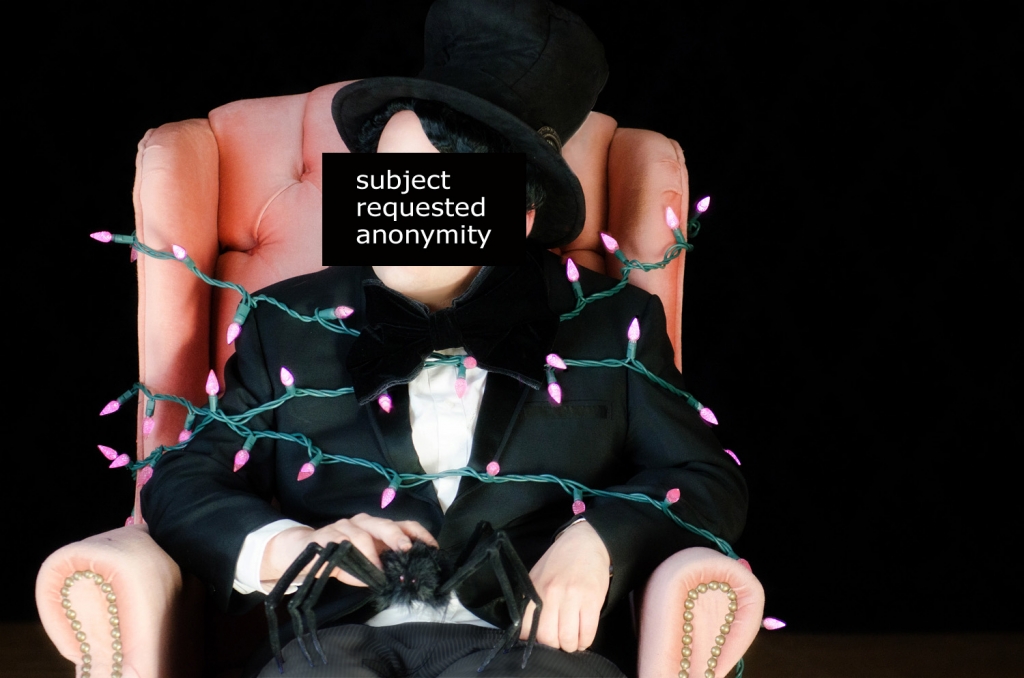 Styling and Photography by Carollyne Yardley