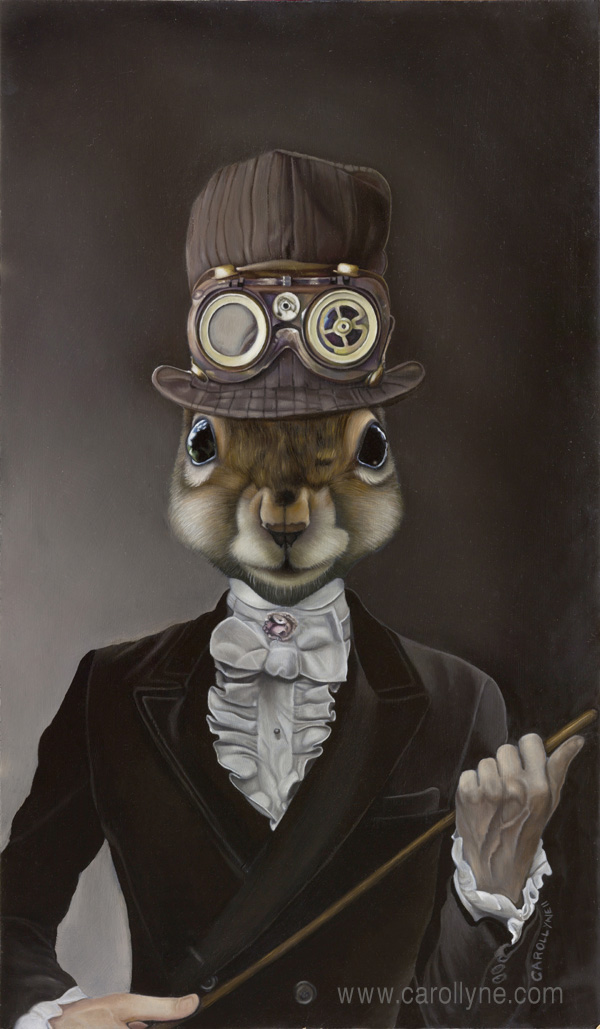 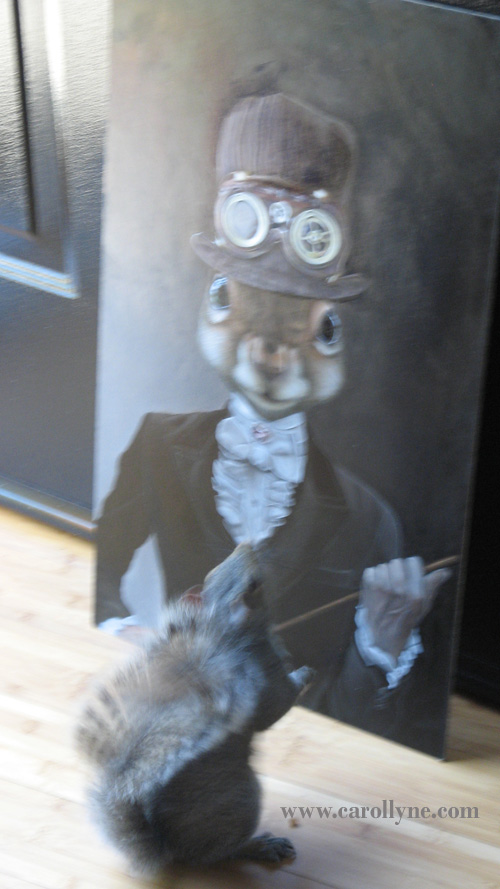 Frank Squirrel checks out the painting he modeled for last week.

SteamPunk Squirrel is complete, but because of the various stages of drying times on the jacket and hat, etc. it’s a bit difficult to photograph. Will take better shot later on.

SteamPunk SquirrelÂ has already been sold to the loveliest art collector, and I will soon be saying goodbye to this funny creature. He will also be placed in an amazing gold and white plaster frame. I will snap a photo before it goes out the door.

Also note our little buddy in photo above. So funny to see one of the squirrels check out a painting.

I can just imagine him saying, “OMG, wait until I tell Molly Squirrel. We are GODS!”

Just flashed to a scene out of Star Wars and the Ewoks. I’m going to have to spray paint a giant gold statue to give them when they ring the doorbell as an offering ala C-3PO.