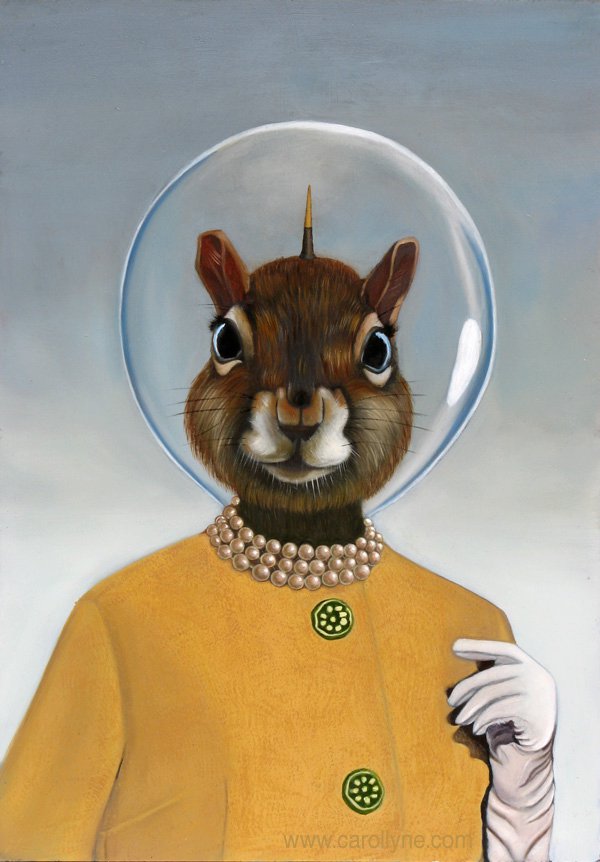 This painting was inspired by dreams of space travel, and all the movies I watched with my grandparents growing up. I used to call them Grandad’s Old Movies. If it’s listed in a search at the Turner Classic Movie website, and stars the likes of Humphrey Bogart, Katharine Hepburn, James Stewart, or Grace Kelly – I’ve probably seen it.

In summary, three paintings are finished to date for the Red Art Gallery show in August 2011. I’m still working on Mushroom Hat Squirrel, and have one more concept to develop –> complete. I also need to varnish this painting, but am waiting to do them all together in a few weeks.

Then, I’m onto the next project. I think I’m going to need another easel 🙂 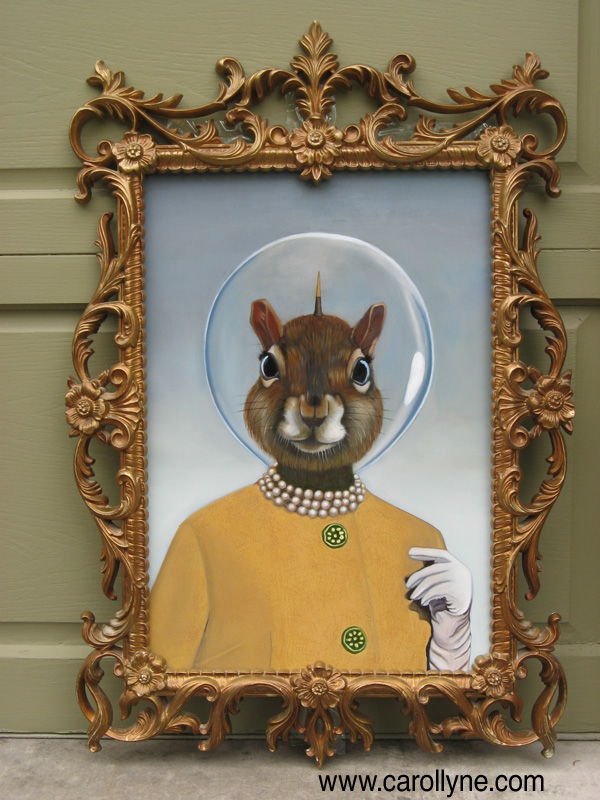 Space Hat Squirrel alludes to the alienation anyone can sometimes feel. Wearing a Chanel suit, a three sting of pearls, white gloves, and inverted golf tee, and a vintage space hat. Sometimes we all feel like we’re from another planet!